Jamie Chadwick has described her MRF Challenge title triumph as a “huge” step for her career after overhauling early championship favourite Max Defourny to clinch the 2018/19 crown. 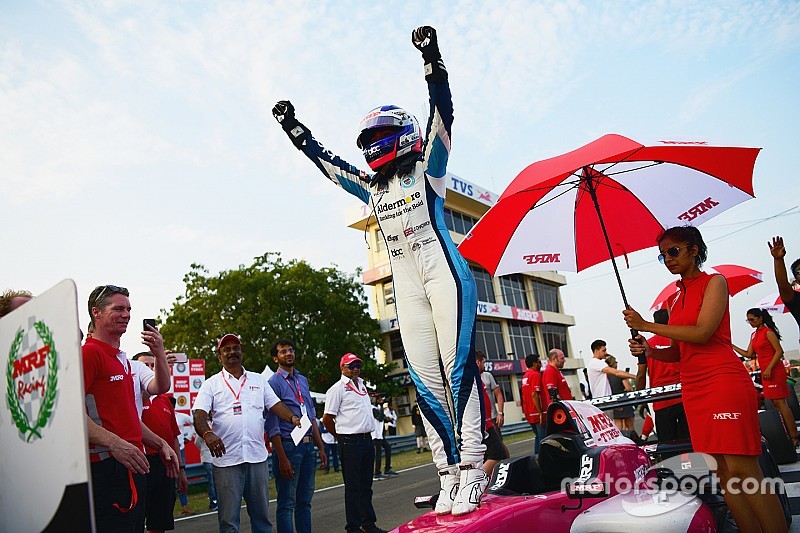 Chadwick faced a 28-point deficit to Defourny after the MRF season opener in Dubai, but worked her way back into title contention after a triple victory at the next round in Bahrain.

Another trio of wins followed in the Chennai title decider and she eventually claimed the title by a sizeable margin of 37 points.

It marked her second ever championship title following her success in the 2015 British GT series in the GT4 class and first in a single-seater series.

“It’s huge,” Chadwick said when asked about the significance of her achievement. “It’s my first ever single-seater championship and shows how hard we have worked over the past few years, and past few months especially.

“The guys that look after me have have put in such an effort. When things like it come together. it’s so hard to get everything to come together, to get right, so when it does…. I’m gonna break down in tears soon.”

Chadwick progressed to the final part of the W Series selection process last month and is one of the prime candidates to join the all-female series’ 18-car grid.

The British racer plans to dovetail her commitments in W Series with a part campaign in a single-seater championship in Europe and some GT outings with Aston Martin.

“The plan is definitely to settle into some other racing,” Chadwick told Motorsport.com. “I have done a deal with Aston Martin so hopefully it will involve a bit of racing with them as well. Some Formula E testing no doubt."

“Hopefully some GT - GT4, GT3 outings, Nurburgring 24 Hours. So there’s quite a lot on the table. Hopefully the plans will be announced soon.” 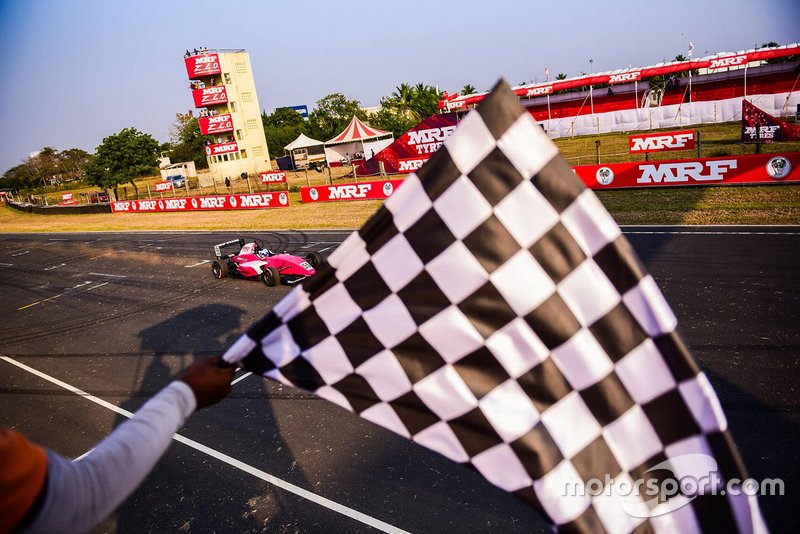