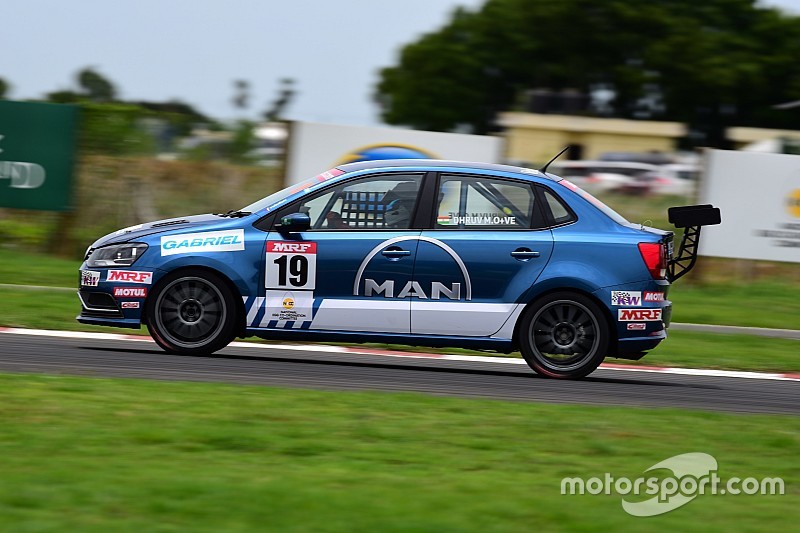 Dhruv Mohite capped off the third round of Volkswagen Ameo Cup with a lights-to-flag win to extend his lead in the drivers' championship.

Mohite qualified on pole position for Race 3 and immediately built up a 1.8 second buffer on the opening lap, before pulling further clear from the rest of the field.

He eventually took the chequered flag by 7.757s, one of the highest winning margins seen in the season so far.

Title contender Saurav Bandyopadhyay had no answer to Mohite’s pace but finished second to secure some crucial points in the championship fight.

Affan Sadat Safwan Islam slipped past Anmol Singh on lap 4 to finish fourth, with Pratik Sonawane also overtaking the Delhi-based racer to demote him to sixth.

The final round of the Volkswagen Ameo Cup, which is a part of the MMSC MRF National Racing Championship, will take place at the Buddh International Circuit in Greater Noida.