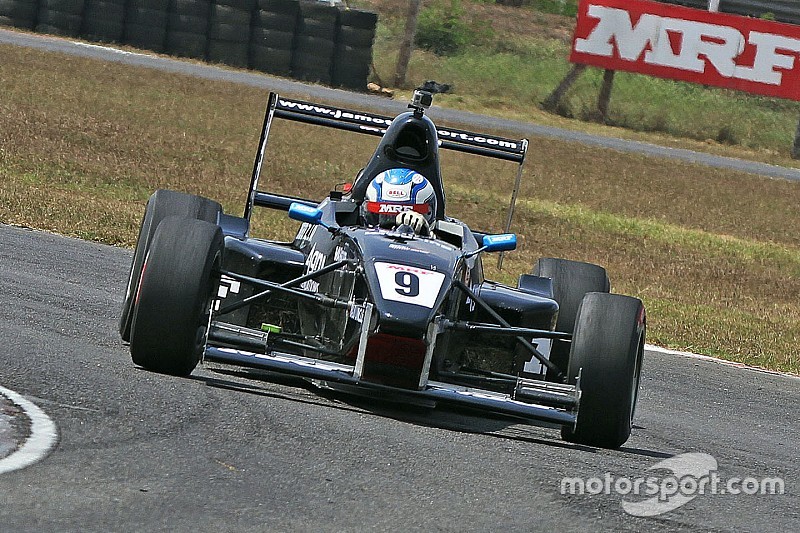 In-form Vikash Anand emerged as the winner in the final race of the second round of MRF F1600, overtaking Goutham Parekh on the final lap.

The two drivers remained in a heated battle for the entire duration of the race, with Anand passing Parekh with a last gasp attempt to take victory by just three-tenths of a second.

Anand also clocked the fastest lap of the race with a time of 1m42.188s.

Raghul Rangasamy and Karthik Tharani banged wheels on the final lap, with Rangasamy holding onto the final spot on the podium.

However, Tharani’s car was damaged in the incident, and he limped home to a disappointing ninth place.

Lee Keshav, who made his return this year after a 2015 hiatus, was sixth, ahead of Brad Dias, who continued his points-scoring spree in race four.

Further back, Anshul Shah was eighth, ahead of the aforementioned Tharani, with Arjun Narendran rounding off the points scoring positions.

Tejas Ram was originally supposed to start from pole position, but was forced to make a pitlane start due to an unknown issue.

Ram and Chetan Korada were the two retirements in the race.