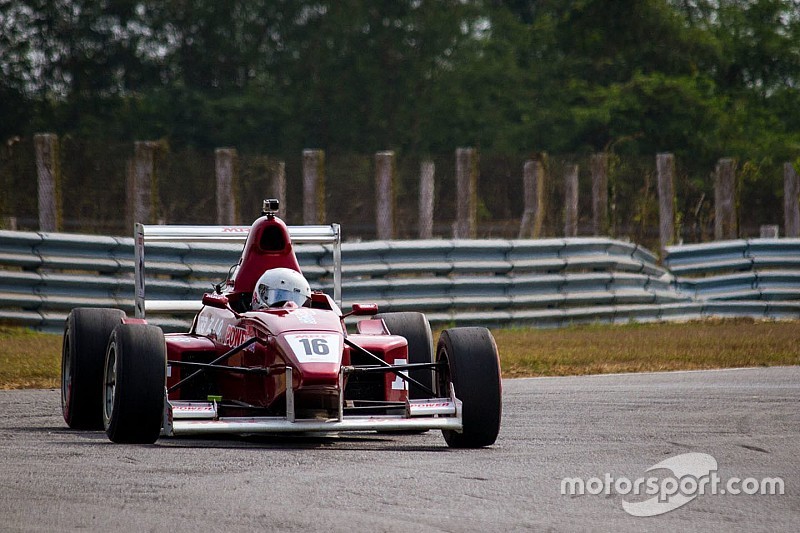 Defending champion Karthik Tharani took a comfortable victory in the opening race of the second round of MRF F1600 in Chennai, having started from the second on the grid.

Tharani got a better getaway than pole sitter Vikash Anand, but was unable to dive down the inside at turn 1.

However, by the end of the first lap, the Chennai-born driver had his way, passing Anand to take lead, also clocking the fastest lap of 1m41.035s.

After a brief safety car period, Tharani extended his advantage at the front of the pack, eventually winning the race by 1.708s.

Meanwhile, Anand held on to second position despite being pressurised in the early stages by Raghul Rangasamy.

Lee Keshav was classified sixth, ahead of Tejas Ram, who made in-roads during the latter part of the race.

Eighth in the timesheets was Chetan Korada, with Brad Dias and Anshul Shah completing the top 10.

Anindith Reddy and Goutham Parekh tangled on the opening lap which inflicted the safety car. Parekh retired immediately while Reddy was able to continue; he finished a disappointing 12th.