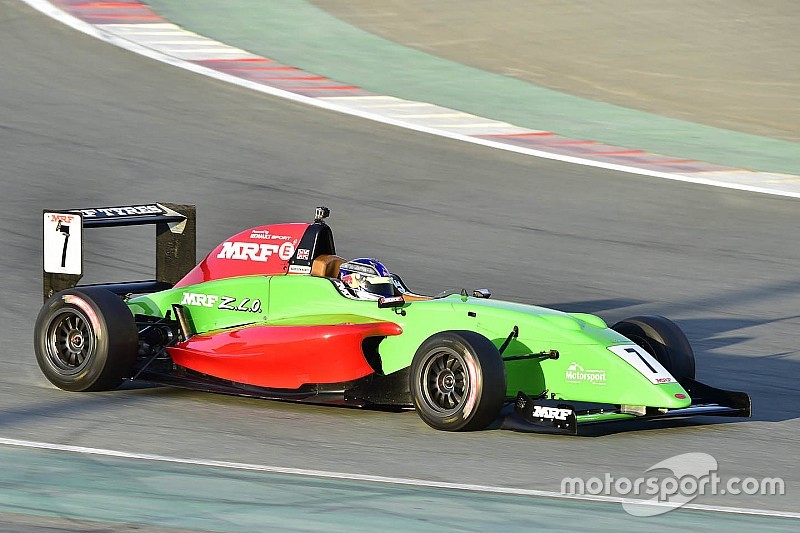 Harrison Newey led the opening practice at the season finale of the MRF Challenge at Madras Motor Race Track as Mick Schumacher finished fourth on his debut.

After the unofficial session yesterday, the weekend kicked off with the first official practice at MMRT as Newey topped the session with a time of 1m34.679s.

Schumacher impressed with his performance straightaway finishing fourth ahead of Alessio Picariello, who rounded the top five.

Tatiana Calderon was sixth, keeping championship leader Pietro Fittipaldi at bay in seventh as Laura Tillett, with her experience of the track ended eighth.

In an incident-free session, the top 10 was completed by Arjun Narendran at ninth and Russian Nerses Isaakyan 10th.

Apart from the three Indian drivers, Tillett, and Dylan Young, all the remaining 10 drivers got their first taste of the Indian track.

As Motorsport.com reported, Narendran and Karthik Tharani filled in for Giuliano Alesi and Matthew Draper for the finale.