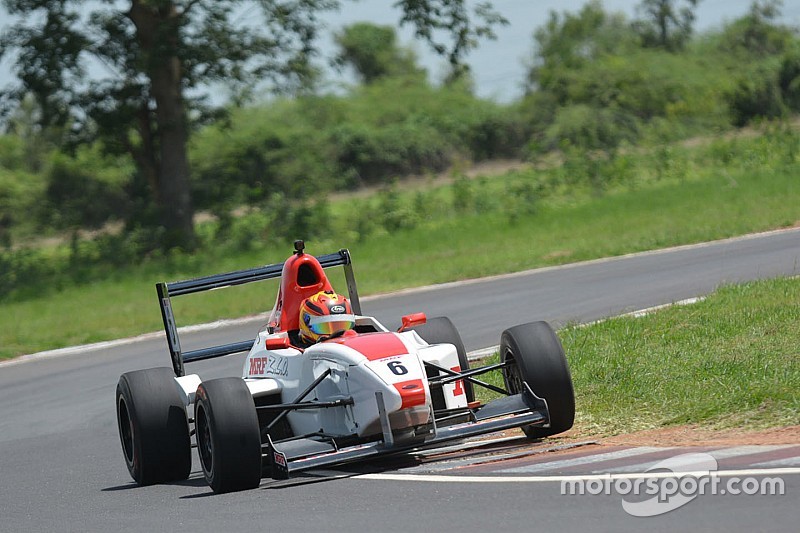 Sandeep Kumar had to fight off a late challenge to win the second MRF F1600 race of the weekend in Chennai.

Winner in the first race on Saturday, Anindith Reddy (Hyderabad) finished second, 0.602 seconds behind the winner at the Madras Motor Race Track in Sriperumbudur on Sunday.

It was a reverse grid start with Reddy starting in the fourth spot in this race of the third round of the MRF MMSC FMSCI Indian National Racing Championship.

Chennai's Raghul rangasamy started on pole. However, he had to return to the pits immediately with car problems and that ended his race.

Chennai's Sandeep was off into the lead and held a lead of just under a second at the start. But by the end of the first lap, he had gained an advantage of about 1.1 seconds over Reddy.

Sandeep and Reddy pulled away from the rest of the pack. The next man was Korada, who was 5.5 seconds behind after the third lap.

Meanwhile, Ishaan Dodhiwala also retired into the pits after the second lap with car problems.

Reddy was trying his best to catch up with race leader, but Sandeep was looking rather unbeatable at the front. With three laps to go, Sandeep had begun to consolidate his position with a lead of 2.5 seconds.

There was a bit of a fightback from Reddy, who pulled it back by about half a second. Reddy was determined to make a race out of it as it looked like Sandeep appeared to be taking it easy a little, thanks to the cushion he had.

In the end, Reddy had gotten pretty close but was not enough to stop Sandeep from winning the race.