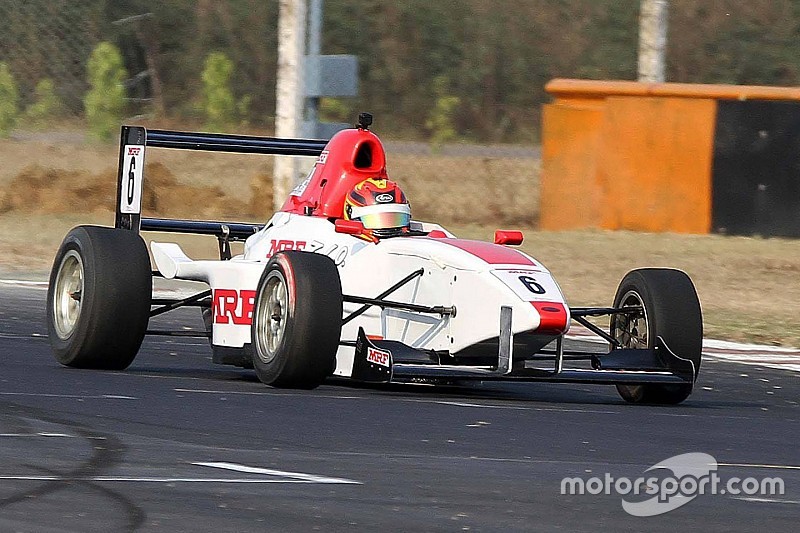 Sandeep Kumar took a dominant victory in the second MRF F1600 race in Chennai, becoming the fourth different driver to take the top step of the podium in 2017.

Kumar led the 8-lap race through its entirety, finishing half a second clear of fellow front-row starter Raghul Rangasamy.

While the status quo was maintained at the front, a feisty battle ensued between Anindith Reddy and Race 1 winner Karthik Tharani.

The scrap between the duo was settled on Lap 4 when Tharani managed to get his nose ahead with a bold manoeuvre over the Hyderabad-based rival in Sector 2.

Once in clear air, Tharani was the fastest guy on track and started reeling down the top-two runners. However, the time lost in clearing Reddy proved to be decisive and he had to settle for third place.

Antony George was seventh, while Jai Sampath was last of the classified finishers in eighth.

Arya Singh and Sidharth Trivellore retired after clashing on the main straight at the start of the race.