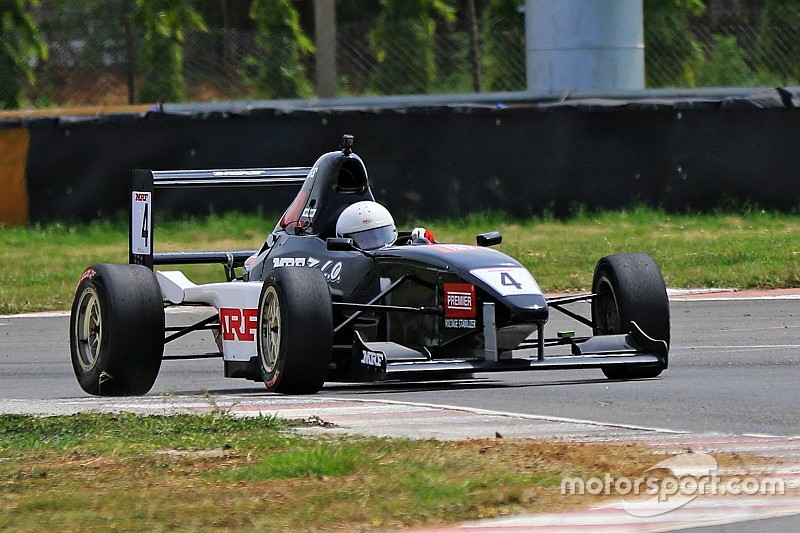 Goutham Parekh notched up his second victory of the season in the third round of MRF F1600 championship in Chennai.

Parekh lined up third on the grid for the second race of the weekend and immediately dispatched front-row starter Nabil Hussain to rise up to second.

He then dived down the inside of polesitter Arya Singh on lap 3, making the pass stick to move into the lead of the race.

Once out in front, he began building a gap for himself, eventually crossing the chequered flag with a comfortable margin of 3.078s.

Championship contender Sandeep Kumar started only fifth but made some headways in the early part of the race, before replicating the move Kumar made on Singh to finish second.

Nabil Hussain finished right on the tail of Singh in fourth, with Race 1 winner Raghul Rangasamy another second behind in fifth.

Rangasamy was initially part of the three-car trail comprising Singh and Hussain, but lost nearly a second on the final lap.

Season racer Nayan Chatterjee was next up in seventh, while Ashwin Datta, who swept the Coimbatore opener, could do no better than eighth.

The top 10 was completed by Keith Desouza and Yash Aradhya.