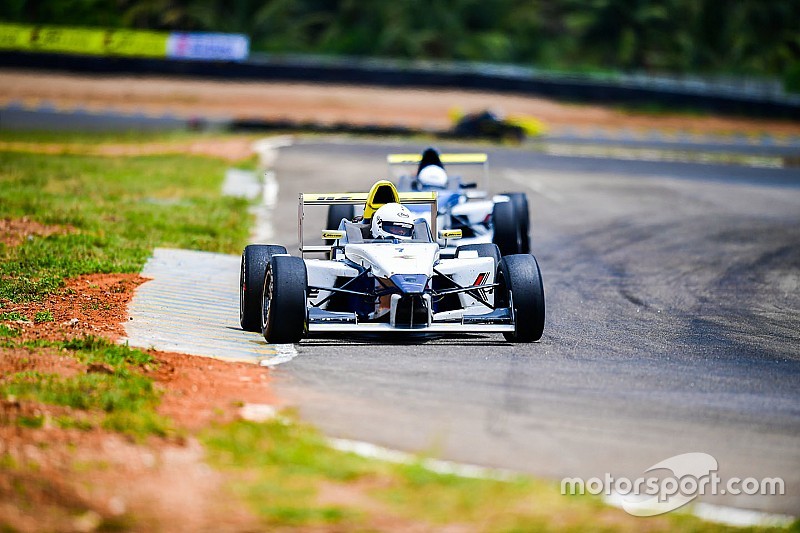 Ashwin Datta claimed his first victory of the 2018 JK Tyre National Racing Championship season at the Kari Motor Speedway on Sunday after a last-lap heartbreak for Nayan Chatterjee.

After scoring a double win yesterday, Chatterjee started Race 3 from pole position and immediately pulled a one-second gap, before stretching his advantage further at the front of the field.

However, a sudden rise in oil and water temperatures forced him to slow down, allowing Datta to pass him a few corners from the chequered flag and score an unlikely win.

The two were separated by just 0.545s following the dramatic ending to the race.

Behind the leading duo, Karthik Tharani put on a heroic drive from eighth on the grid, passing five cars on track to secure yet another podium finish in third.

Yash Aradhya was next up in fourth, ahead of Sri Lanka’s Bryan Perera and Nirmal Uma Shankar.

Arya Singh slipped down to seventh at the flag, while Manav Sharma, Chetan Korada and Sudarshan Rao Karwal completing the top 10.

Female racer Mira Erda was running on the cusp of the podium in the early stages of the race, but an off-track excursion put paid to a promising result.