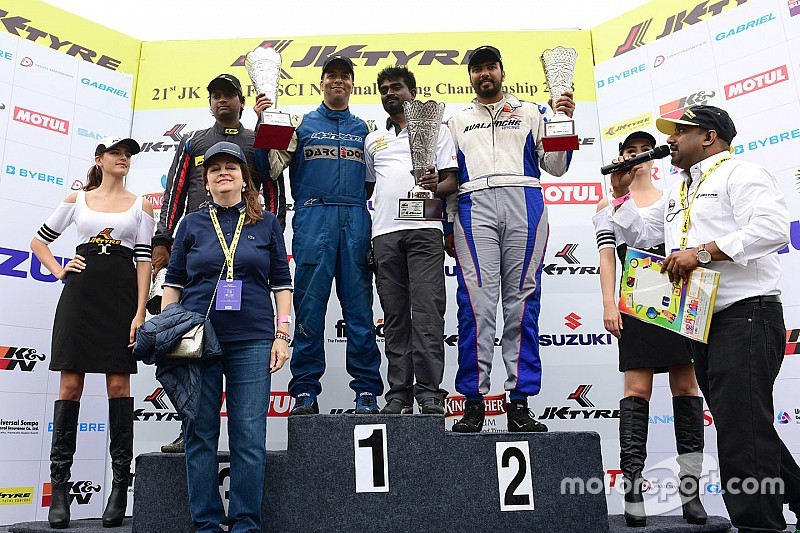 Vishnu Prasad, Rohit Khanna and Raghul Rangasamy made it three different winners in the Formula LGB category as the opening round of the JK Tyre National Racing Championship got underway at Coimbatore’s Kari Motor Speedway last weekend.

Multiple national level champion Prasad emerged on top in a thrilling fight with Sandeep Kumar to win the first race of the weekend.

The two drivers were separated by just over a second at the chequered flag, with Prasad’s MSport teammate Raghul Rangasamy finishing a further six seconds adrift in third.

The second race started under the safety car after a splash of heavy rain rendered the track too damp for full-speed racing.

Sharma initially held the lead after the SC period ended, but an unforced error handed the victory to Khanna of Dark Don Racing. Mandody finished second, while Race 1 Prasad scored another decent haul of points by claiming the final spot on the podium.

Rangasamy took the winning honours in the final race of the weekend, which took place in dry conditions, beating Mandody to the flag.

Prasad finished on the podium once again with a third place result, allowing him to take the championship lead.

He holds a narrow one point advantage over Rangasamy after the first round of the championship, with Khanna another four points behind.