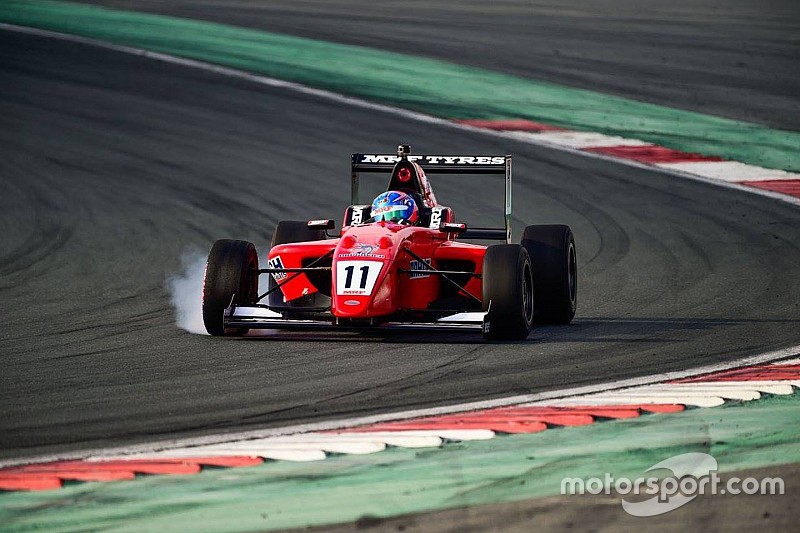 Felipe Drugovich withstood the pressure from Joey Mawson to clinch his first MRF Challenge win in Race 2 at Dubai Autodrome.

The Brazilian started from the front row courtesy of the top-six reverse grid rule from Race 1, with Juri Vips taking control of the race from pole.

Behind, Mawson had a great start to move up to third, clearing both Mick Schumacher and Moraes Cardoso going into Turn 1.

By the end of Lap 2, Vips couldn't hold on to his lead as both Drugovich and Mawson passed the Estonian, with him dropping down to third.

Meanwhile, Schumacher was up to fourth, having overtaken Cardoso, with Newey doing the same on the following lap.

Up ahead, Drugovich maintained his lead despite Mawson staying on his tail all throughout the race. In the end, the Brazilian took the chequered flag 0.712s ahead to take his first win.

With Mawson second, Vips managed to hold off Schumacher for third, a mere 0.323s separating the two former Italian F4 teammates over the finish line.

The battle for fifth raged on as Cardoso came back on Newey on Lap 8 and a mistake from the British driver allowed the Brazilian to sneak past.

German Kimi Schramm was also involved in the battle, but couldn't get by either of the drivers and ended up in seventh in the Indian international series.

Behind, the battle for eighth was on between Rinus van Kalmthout and Zane Goddard, with the Dutch driver having enough in the end to keep the Australian behind, as Dylan Young completed the top 10.