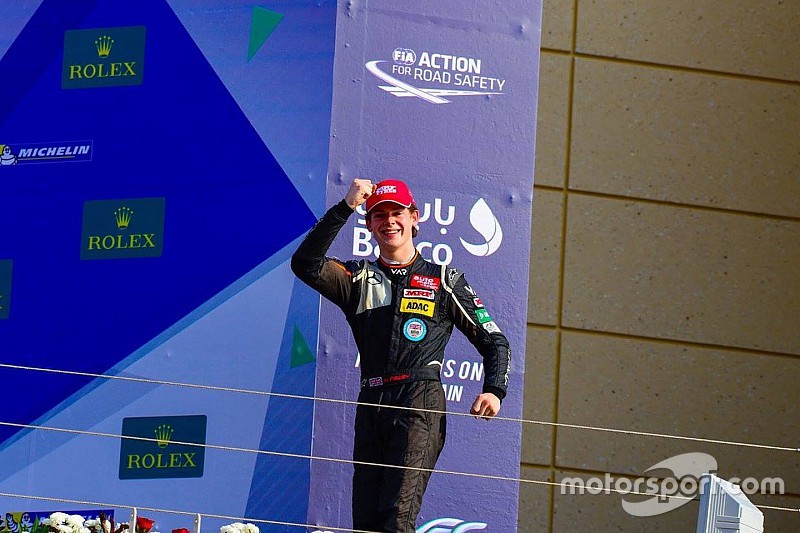 Harrison Newey took his second win of the season in Race 1 of the second round of MRF Challenge at Dubai Autodrome, after overtaking polesitter Joey Mawson.

Mawson had a clear start to the race with Newey slotting right behind the Australian, as Mick Schumacher was third with Juri Vips sat fourth.

As the race progressed, Mawson's lead was under threat with Newey on his tail and going marginally quicker. Finally, the British driver made the move on Lap 5 to take over the top spot.

It was then holding fort for Newey as he created enough of a buffer to win the race by a comfortable margin of 2.572s over Mawson.

The German F4 champion came under pressure from his regular-season rival Schumacher, but had enough speed to keep second, with the German driver completing the podium.

Behind the top three, Vips had an off, which dropped him at the back of the four-way pack led by Moraes Cardoso.

The Brazilian had countryman Felipe Drugovich on his tail for the latter part of the race, but managed to keep him behind by a mere 0.795s in the battle for fourth.

A poor start saw Dutchman Rinus van Kalmthout drop outside the Top 10, before he made a comeback to end up ninth, ahead of Manuel Maldonado.