Dubai MRF Challenge: Picariello on pole with a stonking lap 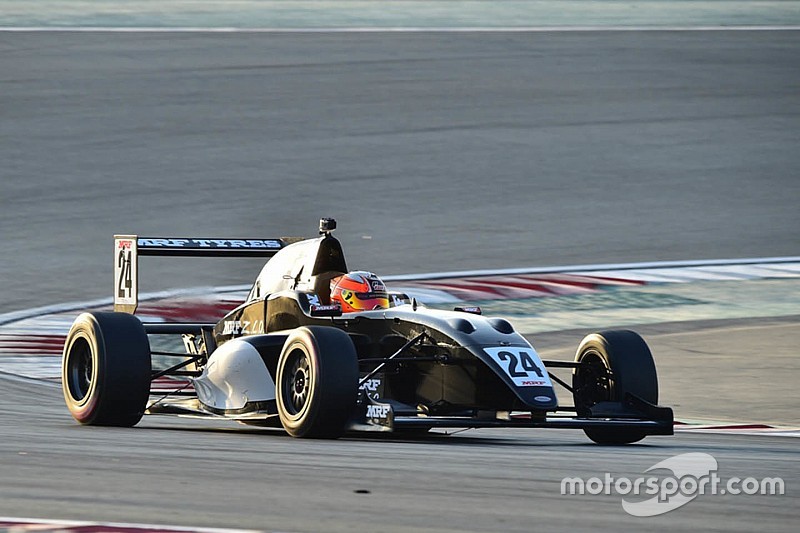 Alessio Picariello continued his dominant run in the MRF Challenge series taking pole for the first race of the Dubai weekend.

The Belgian driver clocked the fastest lap with a time of 1m58.786s, the only one to dip into the 1m58's while Russian Nikita Troitskiy was second.

Troitskiy was the first driver to break the 2m00 barrier of the season. Brit Sean Walkinshaw having been quick all through the session ultimately ended third.

Championship leader Pietro Fittipaldi finished fourth with Max Fewtrell completing the top five, the last of the drivers below the 2m00 mark and within a second of the leader.

The session ended under red flag with 2 minutes to go when Rik Breukers stopped on the track in otherwise a fairly incident free run.

Harrison Newey was sixth ahead of Tatiana Calderon with Nerses Isaakyan eighth, the Russian's first run at Dubai Autodrome after missing the practice yesterday.