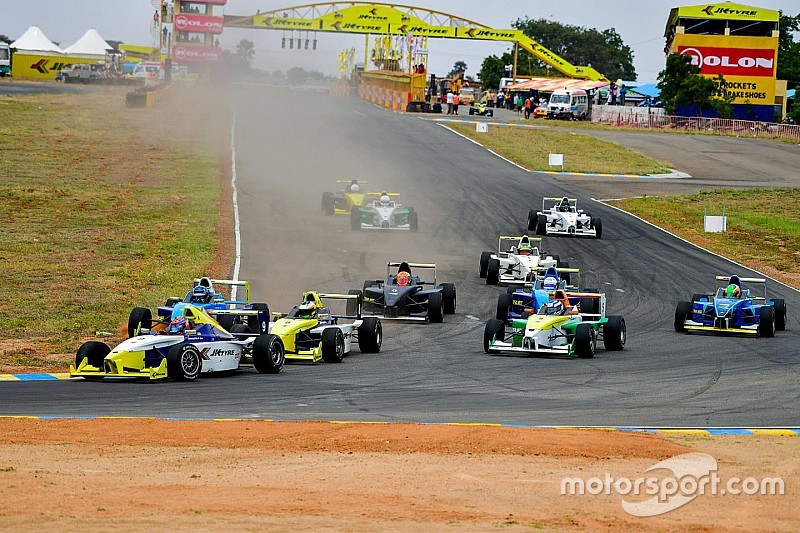 The 21st season of JK Tyre National Racing Championship will kick off this weekend at Coimbatore’s Kari Motor Speedway.

Nayan Chatterjee and Karthik Tharani will be one of the more experienced drivers on the grid, while Yash Aradhya and Nirmal Uma Shankar join the series with relatively less track time in single seaters.

Female racer Mira Edra, Sri Lanka’s Bryan Parera and Manav Sharma are some of the other notable faces that will line up on the grid for the four Euro JK races scheduled for the weekend.

Anindith Reddy, who won both 2016 and '17 titles, will be absent from the grid, having graduated to Lamborghini Super Trofeo Asia series.

The battle for Formula LGB honours is expected to be even more intense than in Euro JK, courtesy of a strong field of drivers, including multiple National level champion Vishnu Prasad, Avalanche Racing's Chittesh Mandody and Dark Don Racing driver Sandeep Kumar.

A team of six female drivers who were chosen from a selection programme will also be present on the grid, representing Ahura Racing.

Suzuki will also host its own-make championship concurrent to and in partnership with the JK Tyre Racing Championship.

Joesph Matthew, Sachin Chaudhary and Malsawmdawngliana will be the riders to watch out for in the Gixxer Cup, which features 155cc race-tuned Suzuki bikes.

The competition in the Red Bull Road to Rookies Cup, for riders aged 12-16, will be a lot more open, with the winner earning an all-expense paid to Spain to represent India at the Grand Finals.

While Kari Motor Speedway will also host Rounds 2 and 3 of the championship, the majestic Buddh International Circuit in Greater Noida will once again be the venue of choice for the curtain closer.