Heavy rain showers hit the Madras Motor Race Track on Saturday morning, forcing the organisers to delay any track activity until after the lunch break.

That meant the schedule for Saturday was reduced to a single six-lap race, as opposed to two full-distance contests.

The track dried out by the time the solitary race of the day got underway, with Shah pulling away from pole position and disappearing into the distance.

The race came to a controversial conclusion after the safety car peeled into the pit entry, which is located just before the final corner.

As the SC dived in, both Nayan Chatterjee and Vishnu Prasad got a great exit from the final corner and managed to pass some drivers en route to second and third on road.

However, both were deemed to have made those overtakes under yellow flags and handed a 30-second penalty each.

Following the conclusion of the first of the three races scheduled for this weekend, Shah leads the championship with 81 points, 18 clear of Chatterjee. 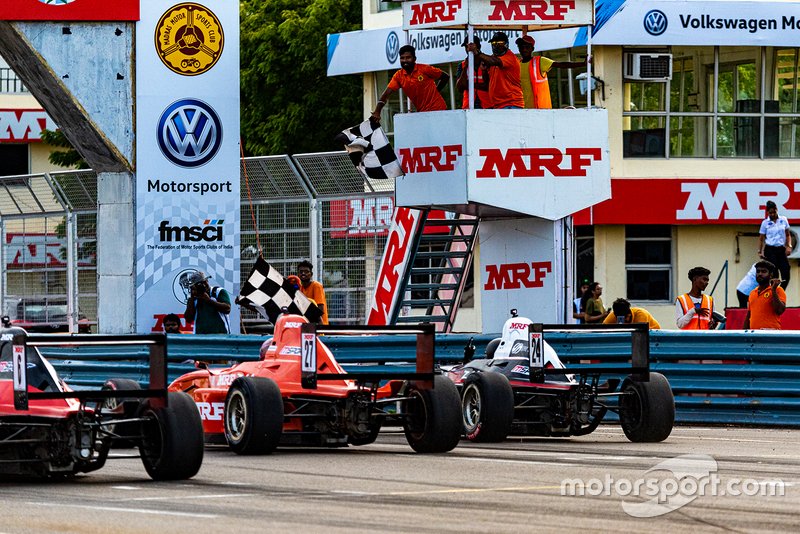