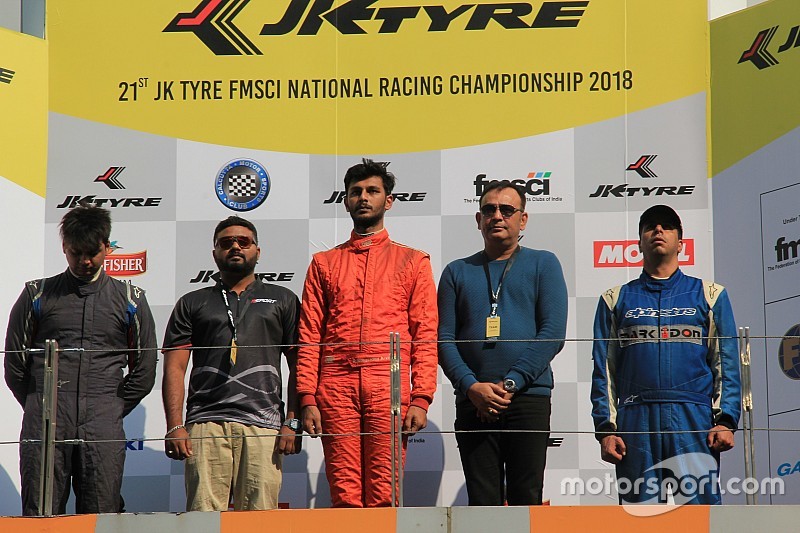 Prasad held a six-point advantage over Rangasamy heading into the title decider, having scored one victory and a fourth-place finish in the opening two races of the weekend.

And the Chennai-based driver appeared on course to take the title with an emphatic win, only to drop down the order after a safety car appearance.

Rangasamy, having seen Prasad fall out of contention, took full advantage of the situation, charging up to finish second at the flag behind race victor Rahul Khanna.

With Prasad only crossing the line in eighth, Rangasamy’s second place finish proved enough to clinch the title by a single point.

“I didn’t know I had won the Championship when the podium ceremony was taking place.” he said. “I got to know only after I came to the pits. It’s an amazing feeling to be the national champion."

Khanna, who won Race 3, ended up third in the final standings, behind the MSport pair of champion Rangasamy and Prasad.