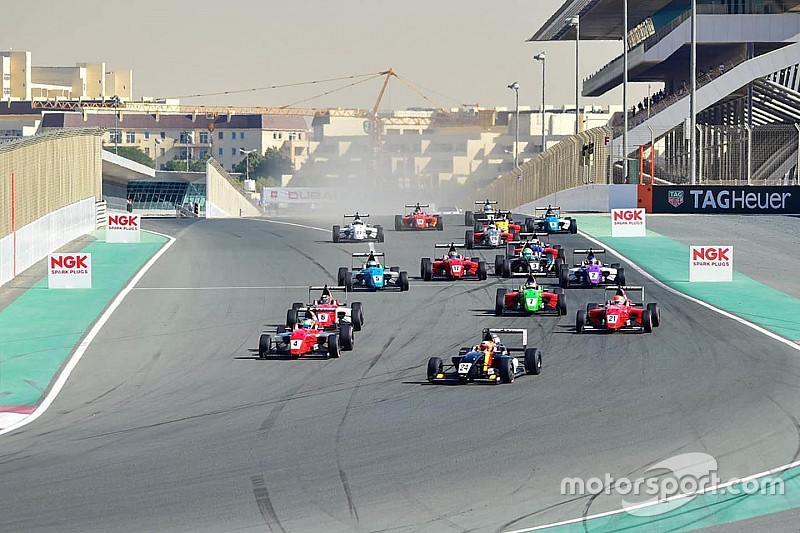 Mick Schumacher will be hoping to retain and extend his MRF Challenge championship lead in Round 2 at Dubai Autodrome, with Indian driver Parth Ghorpade joining the series.

After a successful season opener at the Bahrain International Circuit as a support race to WEC's 6 Hours of Bahrain, the Indian international championship battle will resume in Dubai this weekend.

Schumacher with 75 points heads into the round with three points advantage over European F3 driver Ralf Aron, while German F4 champion Joey Mawson and Harrison Newey chase the top two.

The German driver had a fruitful weekend in Bahrain claiming two wins to Aron's lone win and a podium.

With the Estonion not named in the entry list for Round 2, Mawson with 61 points becomes Schumacher's nearest challenger in the title battle.

Meanwhile, Newey's weekend was hampered with a retirement in Race 3 after starting the season claiming a win in Race 1, is right at the tail of Mawson.

Whereas Moraes Cardoso, Kimi Schramm, Dylan Young and Bruna Tomaselli rounds off the top 10 - although the latter will miss Dubai's round.

Along with Ghorpade is British F4's Zane Goddard, who finished the 2016 season in eighth position competing for Double R Racing.