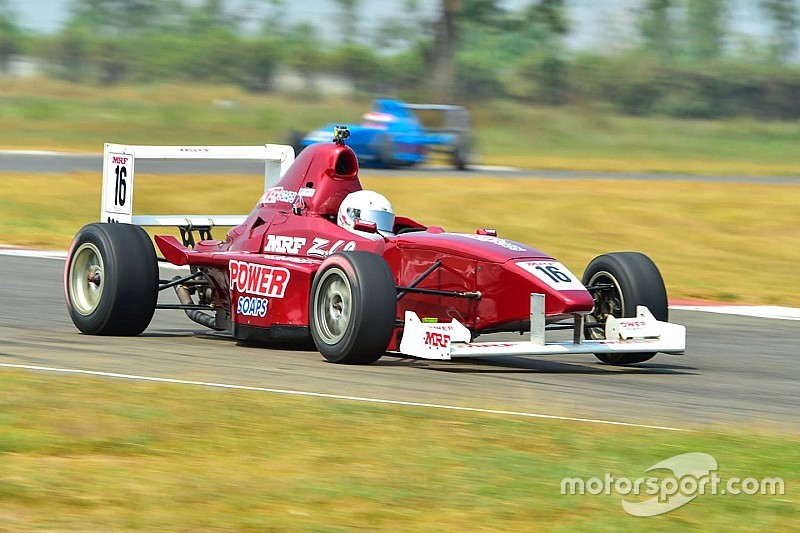 Karthik Tharani completed a clean sweep in the first round of MRF F1600, winning the second race from fourth on the grid in Chennai.

Tharani, who has been on fine form all weekend, gained a position immediately on the run down to turn 1, before passing Anindith Reddy who had ran wide after losing his rear end.

On lap 4, he dived down the outside of pole-sitter Raghul Rangasamy, making the move stick to take the race lead.

From there on, the Chennai-born driver cruised to the finish, eventually winning the race by half a second.

Reddy managed to keep Goutham Parekh at bay for the final spot on the podium, while Sandeep Kumar completed the top five.

Behind, Arjun Narendran recovered enough to take sixth at the chequered flag, just ahead of Tejas Ram.