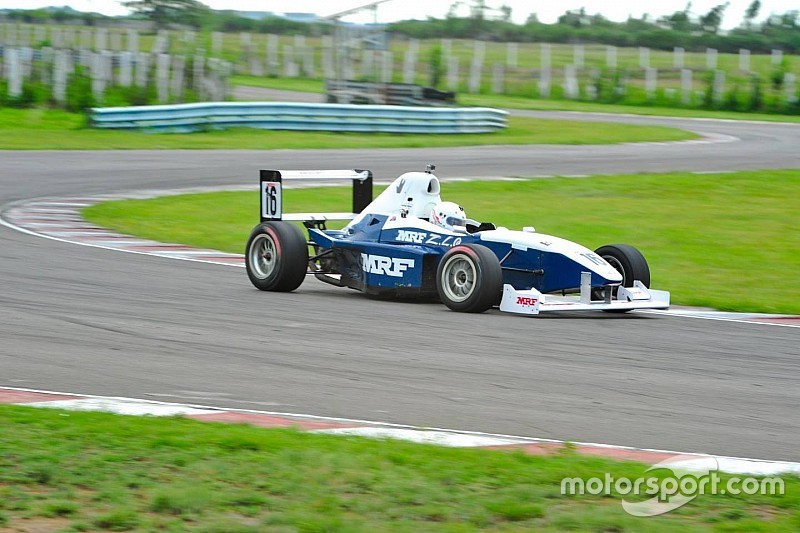 Tharani, who jumped straight into the F1600 car after MRF Challenge practice, lapped the Madras Motor Race Track in 1m41.429s.

Reddy, who won the inaugural Volkswagen Vento Cup last year, was 0.054s behind, with Sandeep Kumar completing the podium positions.

Last year’s top rookie Tejas Ram was a second slower in fourth place, with Raghul Rangasamy a further two-tenths behind in fifth position.

Further back, Goutham Parekh was sixth on the board, ahead of two-time Indian Touring Car Champion Arjun Narendran. Like Tharani, Narendran is also dueling his duties in both MRF championships this week.

Ria and Neha Dabas again brought the rear of the field, with neither of the two breaking the two-minute barrier.