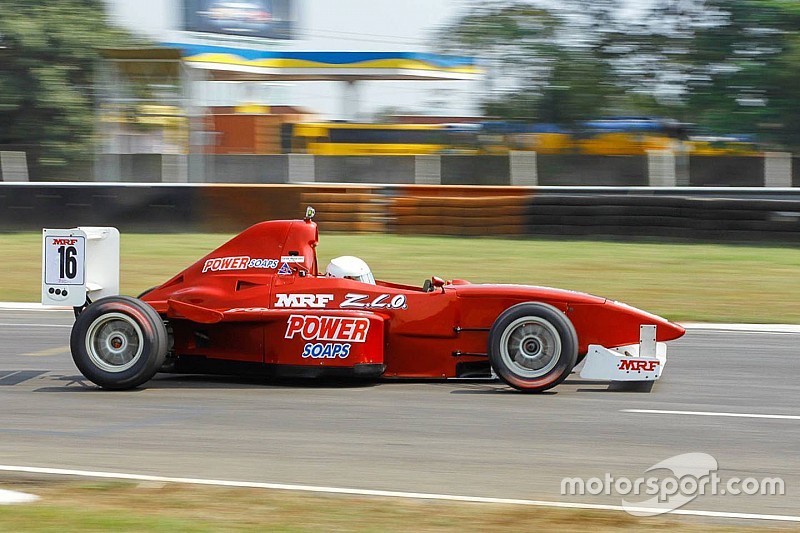 Pole sitter Karthik Tharani cruised to victory in the opening MRF F1600 race of the weekend, beating Goutham Parekh by a comfortable margin in Chennai.

Tharani has been in dominant form all weekend, topping both practice sessions before putting his #16 car on pole position.

And the Chennai-born driver continued his fine run on Sunday, as he remained unchallenged in the shortened 8 lap race from second place finisher Parekh.

Behind them, Anindith Reddy took full advantage of a feud between Arjun Narendran and Raghul Rangasamy to take the final spot on the podium.

Narendran subsequently spun while trying to recover positions, dropping down to 12th place.

Lee Keshav, after only getting one flying lap in all weekend, finished in fifth place on his race return, ahead of Prashanth K and Sudharshana Rao.

Sandeep Kumar and Tejas Ram were classified in eighth and ninth place respectively, despite showing impressive pace in Friday practice.

Meanwhile, Actor/racer Jai Sampath escaped unscathed from a major incident on lap 8. However, the organisers brought out the red flags and with 75% race distance completed, the race wasn’t resumed.