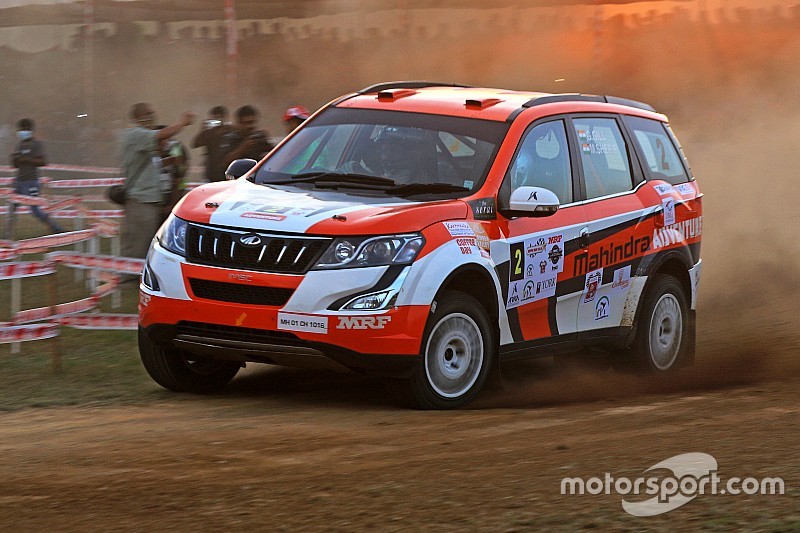 Factory Mahindra driver Gaurav Gill has dropped out of contention in Desert Storm after losing over an hour in the penultimate leg due to a technical issue.

Gill had overtaken overnight leader Aabhishek Mishra in the first loop on Friday morning and was chipping away from the field when the four-wheel drive system on his Super XUV500 gave up.

That meant he had to drive the car with power channeled just to the front wheels, making him vulnerable to Thar Desert’s mixed terrain. And indeed, Gill got stuck while trying to cross a dune and has now dropped to eighth in the overall order, 1hr23m behind runaway leader Mishra.

“We started off very well,” Gill told reporters including Motorsport.com India. “We overtook Aabhishek in the stage and we were up a couple of minutes on him.

“Unfortunately, we had some technical issues with our four-wheel drive. We got stuck in a massive dune. Because this car is primarily front-wheel drive so all the weight is in the front.

“So [we] didn’t climb the dune, but managed to pull ourselves out, dig ourselves out. Obviously it took a lot of time.

“But still happy to be back here and it was a really really tough day. I got stuck twice. With the car that size and weight it’s not easy to get out.

“So I drove all the dunes on front-wheel drive which is again a massive challenge just to drive. It’s good. We are running fourth now [and eighth overall].

The Desert Storm rally concludes on Saturday with a relatively short stage, but a quick burst of rainfall on Friday night has added another element to the equation.

“Let’s see what we can do with the rain,” Gill said. “Rain means it will be super grippy and completely packed. Will go for it 100%.

He added: “We are about 40 odd minutes down from third. That’s the only thing we can look at.