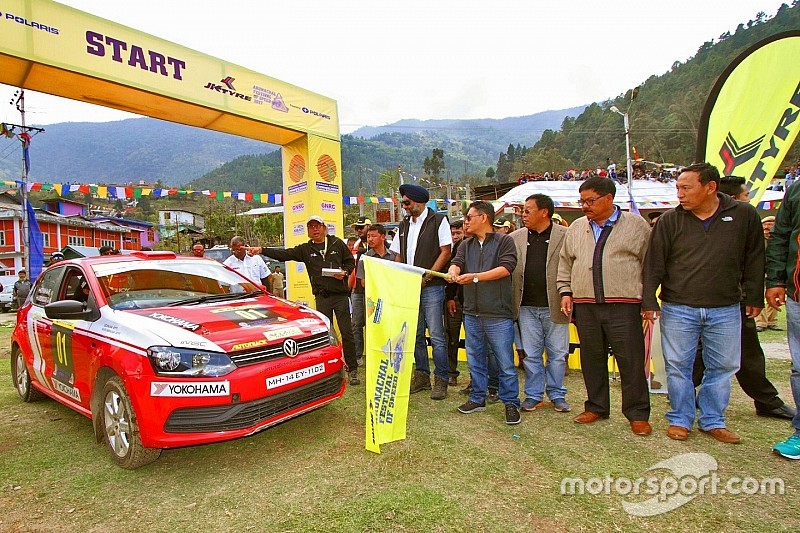 JK Tyre has roped in international tuners and teams to help develop a car to FIA R2 standards, although the exact make of the vehicle is not yet clear.

JK Tyre is expected to field four such cars in INRC’s top class next year, with Gill confirmed to be one of the drivers.

Prior to its entry as a full-fledged team, JK Tyre will back Gill’s entry into the upcoming INRC season with Mahindra.

2019 sees reigning champions Mahindra introduce the XUV300 as a replacement for its bigger XUV500 sibling, and Gill will get to test the car this weekend ahead of its debut in the South India Rally next year.

JK Tyre has an illustrious history in rallying dating back to the Himalayan Rally in the 1980s. It launched its own rally team in the early 1990s and dominated the sport, winning seven back-to-back titles with Hari Singh, who remains part of the JK Tyre fold.

JK’s return to rallying coincides with the tyre manufacturing luring Gill from rival MRF. Gill started his career with JK Tyre, but switched allegiance to MRF, going on to win in the APRC before making his WRC2 debut with the same manufacturer last year.

However, he returns to JK Tyre this year, taking up a bigger role with the tyre brand.

“I am thrilled to be back with JK Tyre under whose guidance and inspiration I learn everything about this beautiful sport,” Gill said.

Sanjay Sharma, head of JK Tyre Motorsport added: “We are delighted to have one of the world’s finest rallying talent with us. He will not only strengthen our immediate rallying thrust but more excitingly will work with us to develop the next generation of drivers.

“Gaurav’s expertise will also come in handy for the brand in testing and developing even more robust tyres.”

As part of its return to ralling, JK will launch a programme to find India’s next rally star. JK will expand Gill’s academy further and also launch 600cc cross-karts to introduce rallying to the youth.

“The sport has given me everything that I have today,” Gill said. “I want to give something back to it, even as I chase my other goals in motorsport. JK is the perfect platform for both.

“Their programme has been designed to help new talent to be on par with international counterparts, honing their skills in the most conducive environment and ambience.”

Gill will also return to World Championship’s secondary class this year, with backing from JK Tyre.

He will drive a Ford Fiesta prepared by M-Sport, the same team that ran MRF’s WRC2 team last year.