Aabhishek Mishra lodged his second consecutive victory in Desert Storm on Saturday after the factory Mahindra team was hobbled by a spate of technical issues.

Mishra first moved into the lead of Desert Storm in Leg 2 and gradually extended his advantage in the second half of the rally, eventually taking an emphatic win by 19m49s in his privateer Maruti Suzuki Grand Vitara.

Although Mishra held his own against a field of both factory and privateer rivals, he was helped in no small part by all three Mahindra drivers running into separate technical gremlins with their respective Super XUV 500s.

Asia Pacific Rally Champion Gaurav Gill’s troubles began in the first leg of the rally itself, before the 37-year-old lost a further hour in Friday’s marathon stage with a non-functional four-wheel drive system.

Gill eventually ended up ninth in the overall classification and fourth in the T1 (4WD 1850cc+) category.

Sunny Sidhu, who topped the first leg of the rally, suffered his own set of troubles, with a brake issue forcing a DNF in leg 3. Philippos Matthai, also of Mahindra, bowed out of the rally in the first leg itself after getting stuck in SS2.

For this year’s Desert Storm, Yadav ditched his venerable Gypsy - previously famous for sporting a bright yellow colour - for a pick-up version of the Toyota Fortuner. Tsering, by comparison, was driving a Polaris - and he finished as the top runner in the T3 category. 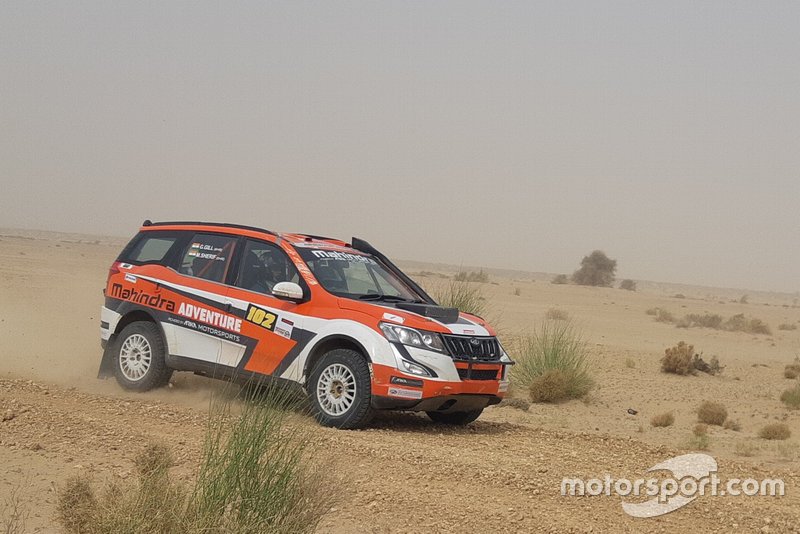 Who would have won 10-race championships in F1's hybrid era?