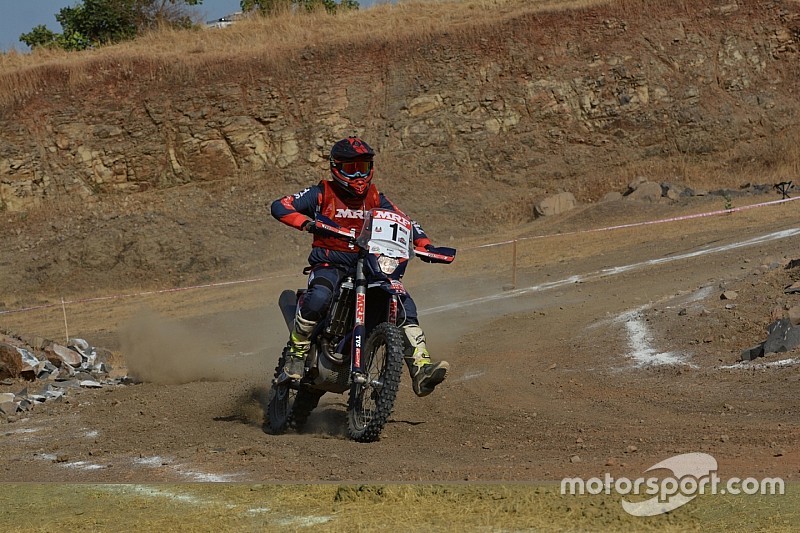 Fresh off his Raid de Himalaya triumph, R Nataraj claimed the Group A title following the final round of the season in Mangalore. Nataraj was riding a rally-spec RTR 450 FX, specially tuned by TVS.

Rajendra RE repeated Nataraj’s success in the lower division Group B category, aboard a RTR 200. TVS also allowed Rajendra to make a Group A wildcard appearance in the Mangalore finale and the Indian rider delivered, taking a maiden win.

Meanwhile, Aishwarya Pissay overcame a six-point deficit to Fazeela U to clinch the Group B ladies crown for the second year in a row. Her victory in the Mangalore round was particularly impressive, given that it was her first rally appearance since her Baja Aragon crash.

TVS only lost out in the scooters category, where Syed Asif Alia was defeated by a narrow margin.

Commenting on the team’s performance, B Selvaraj, Team Manager, TVS Racing said, “I am happy that we could maintain our winning record this year as well and would like to congratulate the team on their commendable performances.

“The rally was a comeback rally for Aishwarya post her injury in Spain Baja and I am thrilled that she could finish the Rally on top. Nataraj and Rajendra maintained a consistent performance throughout therRally despite their injuries and proved their dominance in their respective categories.

“Imran is in a great from right now, he has given some remarkable performances this year and I am glad that he is headed in the right direction.

“Asif has also maintained his pace in the Rally and secured a podium finish.

“I would also like to thank all the team members for their relentless hard work in keeping the bikes at its best form and supporting the team at every step.”