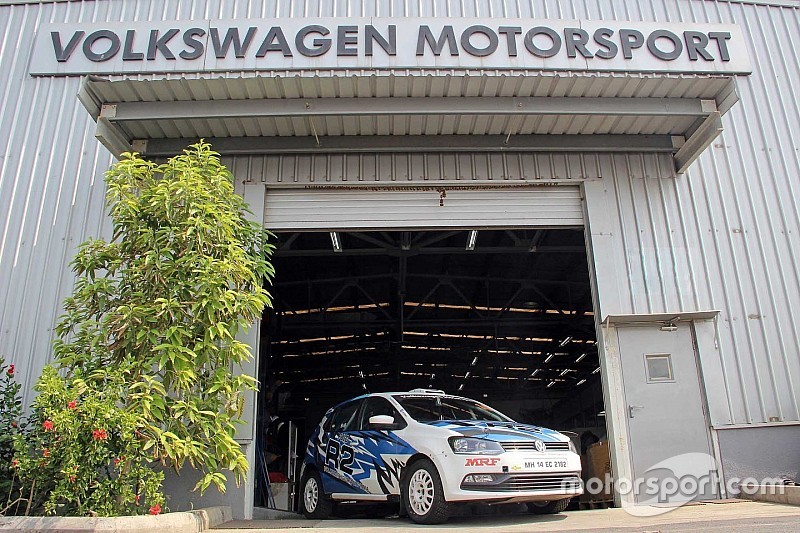 Volkswagen Motorsport will “evaluate” further factory entries in the Indian National Rally Championship with the Polo R2, but is unable to commit to anything at present.

The programme turned out to be a success, with each of the trio bagging a podium finish in their respective solo outings.

Encouraged by the results, Volkswagen Motorsport India boss Sirish Vissa says he is open to more such factory outings, but insists such a decision will boil down to budgetary requirements.

“We are always open to trying to do something like this,” Vissa told Motorsport.com India. “But for us always it’s a question about resources because we are quite a lean team here at Volkswagen Motorsport so when we are trying to do a lot of development then all our resources are used up for that.

“So for sure this is something we’ll evaluate down the road. I’m not saying yes, I’m not saying no. This will depend upon everything falling together."

Vissa believes the success Volkswagen achieved with the Polo R2 has caught the attention of potential customers and suggests some drivers may choose to buy the R2-spec Polo over the standard rally version of the hatchback in the future.

“It was unfortunately we didn’t have the success we expected to have with the R2 and so we wanted to do this to showcase the fact that the car is quite good, quite reliable and quick,” he said.

“I think the fact that the three times we have run the car as a factory. The car has finished all three rallies and finished with two third places on the podium and one second place. I think it’s a testament to the quality and the build of the car."