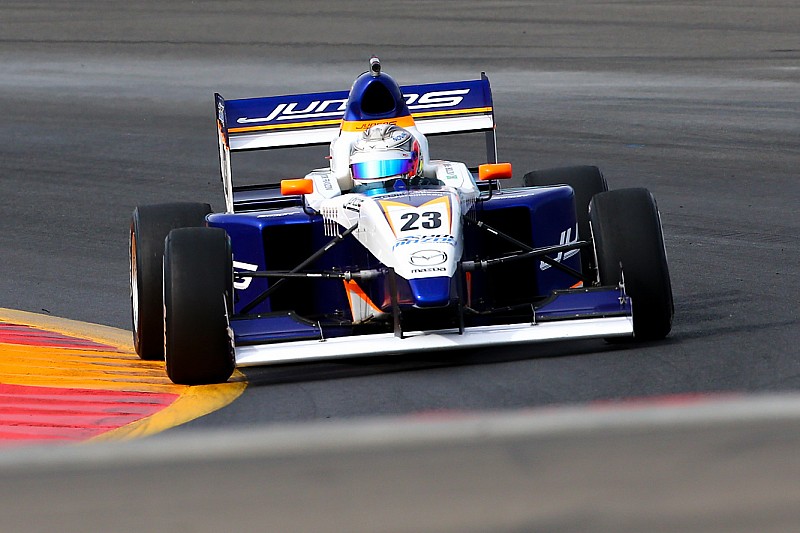 Victor Franzoni extended his championship lead to nine points with pole for tomorrow’s title-decider, while chief rival Anthony Martin had his two best laps deleted for setting an extra flying lap after the checkered flag had fallen.

Around a soaked Watkins Glen track, Franzoni’s Juncos Racing entry clocked a 2min03.0215sec lap of the 3.377-mile course, 0.8sec clear of Carlos Cunha in by far the fastest of the Team Pelfrey entries. Cunha, who chased Franzoni and Martin home in third in today’s race, was going to be ahead of Martin for this second race, even had Martin’s best laps been allowed to stand.

Instead, the Cape Motorsports driver’s penalty allowed Nikita Lastochkin into third despite being 2.6sec slower than Cunha, while Kris Wright was fourth for JDC Motorsports.

Alongside fifth-placed Martin will be Sting Ray Robb in the World Speed Motorsports entry, with Matt Machiko and Jeff Green seventh and eighth.

Following their shunts in Race 1, Pelfrey’s TJ Fischer and Robert Megennis did not set a time, and while the former will still start, Megennis’ debut weekend in the Pro Mazda series has sadly been cut short.