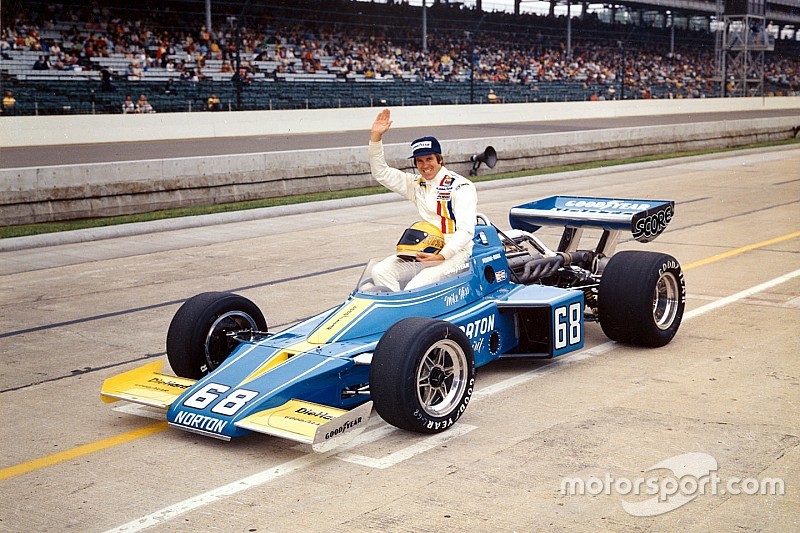 Mike Hiss, 77, who three times memorably subbed at Penske, has died after a long battle with cancer-related issues.

\Hiss, from Norwalk, CT., finished seventh in his first race at Indianapolis Motor Speedway, becoming the 500’s Rookie of the Year, but was arguably just as well known for subbing for Mark Donohue and for Mario Andretti when Roger Penske needed a stand-in.

Starting his career racing a Triumph TR3 in SCCA races, Hiss progress through Formula A, Formula B and Formula 5000 before reaching USAC Indy car in ’72.

Driving an Eagle-Offenhauser for a small team run by Tom and Mary Page, Hiss finished 10th in his debut at Phoenix, took seventh at Trenton and then replicated that latter result – his car temporarily sponsored by Andy Granatelli of STP fame – at Indianapolis.

Hiss would place sixth in the Pocono 500 before getting the call from The Captain to sub for that year’s Indy winner Donohue – injured in a Can-Am shunt – at the Ontario 500. Hiss impressed with a runner-up finish that helped him to sixth in the Indy car points standings that season and thus earned him the USAC National Championship Rookie of the Year honors.

Hiss scored a pair of podium finishes and a handful of top 10 finishes in ’73 driving for Fred Gerhardt, but was without a ride at the start of ’74. However, when Peter Revson, due to replace the (temporarily) retired Donohue at Penske, perished in a testing accident in a Shadow Formula 1 car at Kyalami, Penske again called up Hiss.

He responded with a qualifying run that put him on the outside of the front row at Indy, and in the race was running fifth before magneto issues dropped him down the field.

Hiss had two other starts for Penske that summer, both at Michigan International Speedway where he finished seventh in July and fourth in September.

His fourth and final 500 took place in 1975 when he crashed out. But another Penske substitution would put him in the spotlight in ’78. Mario Andretti, competing part-time for RP while focused on winning the F1 title for Lotus, was unable to qualify for the Indy 500 due to rain washing out the first weekend of qualifying, and an F1 date clashing on the second weekend. Instead, Hiss would be employed to put Andretti’s entry in the show, and Mario would drive it from 33rd and last on the grid.

Hiss retired from the cockpit thereafter, working for Penske in association with Detroit Diesel Allison, and became a regular visitor to IMS for its 500s, Brickyard 400s and F1 races.

Anyone wishing to make a donation in Hiss's memory may do so at Crossroads Christian Church, 10800 Lincoln Ave., Newburgh, IN 47630.