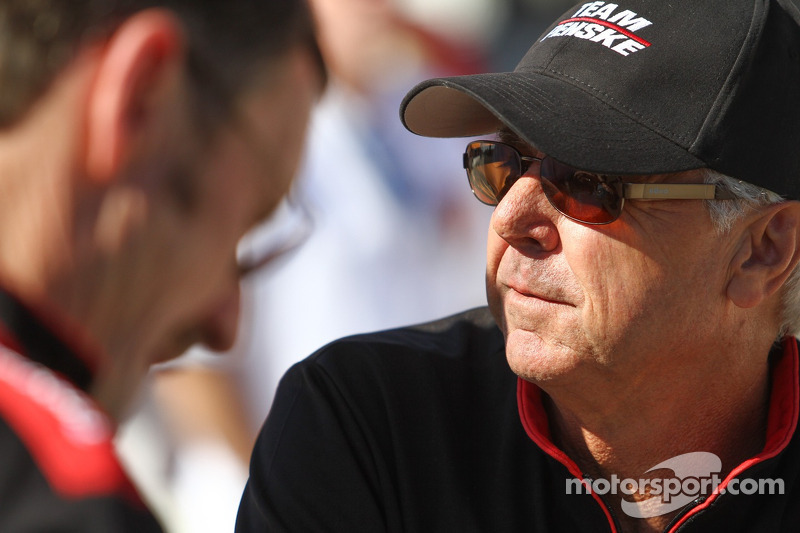 A look back at a classic!

Going into 1984, the Indycar paddock went through numerous changes during the offseason. Tom Sneva left the Bignotti-Cotter team for Teddy Mayer’s operation with Howdy Holmes joining as his teammate. Michael Andretti moved into the IndyCar ranks competing against his father, Mario and Mike Mosley was killed in a highway accident. Two time world driving champion Emerson Fittipaldi came out of retirement to drive Indy cars. Then, as the month of May began, famed car owner J.C. Agajanian passed away on the 5th.

The 1980s kit car era came into full force in 1984 after its emergence in 1983. Roger Penske went from his PC-12 chassis to the March 84C for Rick Mears and defending national champion Al Unser Sr., Doug Shierson’s team went from their in-house DSR-1 to the Lola for Danny Sullivan after his qualified DSR-1 was withdrawn, and Pat Patrick’s split entries during the season went to Marches for Gordon Johncock and Chip Ganassi after Ganassi started the season in the Wildcat X while Johncock drove the March. The Cowsorth engine was the engine to have on the Indycar circuit.

Qualifying for the 500 saw Tom Sneva break the 210 mph barrier in his Texaco Star March, with his teammate qualifying second and Mears filling out the front row. Mario Andretti could have started second, but unfortunately for him, his engine failed coming out of turn four on his last lap of qualifications. Pole day concluded with 28 cars qualified for the 33 spots open in the field and qualifications ended with bump day being rained out. After qualifications ended, Jacques Villeneuve’s car was withdrawn after Dr. Henry Bock did not clear Villeneuve to race following short mental lapses that would prove dangerous on the race track. Villeneuve suffered these lapses following a crash while practicing his backup car. Chris Kneifel was thus added to the starting field, and became the last qualifier in Indy 500 history to average less than 200 mph over four laps. After qualifications finished, 1949 Indianapolis 500 winner Bill Holland passed away. 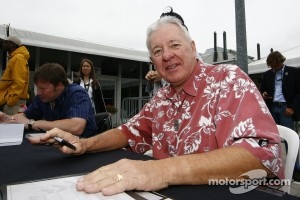 There were 29 Marches, two Lolas, one Primus and one Eagle. 30 engines were Cosworth, two were turbocharged Buicks, and there was one turbocharged Pontiac.

Rick Mears led the first 24 laps until the first round of pitstops. Geoff Brabham had the unfortunate honor of being the first car out of the race as a fuel line broke on his car. The first yellow flag came out on lap 48 as Spike Gehlhausen punctured a right rear tire and spun coming out of turn one, but he managed to keep his car off the wall.

A crash happened 10 laps later that has become one of the most viewed accidents in 500 history. Pat Bedard was running a little slow because of a broken header, and coming out of turn three he got loose, spun and hit the inside wall. The car disintegrated into dozens of pieces as Bedard landed upside down in the grass between turns three and four while his engine landed on the track surface in turn four.

In the chaos following the crash, Danny Sullivan was out after a chain reaction that started with a driver near the front slowing to see the accident, Roberto Guerrero swerved to take avoiding action and Sullivan, with nowhere to go, hit Guerrero’s left rear wheel and came down hard on his own right front tire, breaking the suspension and rendering his car unable to continue. 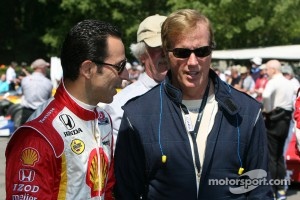 About a lap or two after the race went back to green on lap 67, there was the first indication of a timing and scoring problem, and both the scoring floor and the radio network were equally confused about the proper order of the race for some time. The problem was eventually corrected, but there was confusion for a while about the proper running order of the field. At one point, the qualifying order was shown on the scoring board in the radio booth with Howdy Holmes in second after he had made several lengthy pit stops early in the race!

The race proceeded without incident until just after halfway, when Gordon Johncock tapped the wall coming out of turn 4, spun until hitting the inside pit wall, then bounced back across the pit lane and came to a stop in the pits against the wall separating the pits from the track. He escaped from the accident with a broken ankle.

After Johncock’s incident, attrition started to play its part in the race. Dick Simon, Johnny Rutherford, Al Unser Jr. and Pancho Carter, among others, fell out of the race with various mechanical maladies arresting their chances of victory. 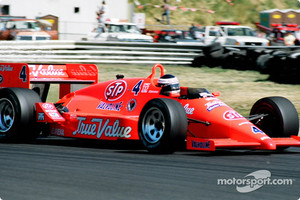 Roberto Guerrero then gave Howdy Bell a thrill on the backstretch as he spun on his 153rd lap. During the yellow for Guerrero’s spin, Mario Andretti’s race was over after a pit road collision with Josele Garza. Scott Brayton’s engine failed a few minutes after the green flag was thrown and because a tow-in was required, the yellow flag appeared for the final time. During this caution period, the race outlook changed dramatically.

Tom Sneva broke a left rear constant-velocity joint in the suspension and was out of the race. Sneva was lucky this happened under yellow, as under the green it could have resulted in a serious accident. Al Unser moved to second place behind his teammate.

Tom Gloy was the race’s last retirement as he pulled into the grass in turn number one, his engine having given up after 179 laps.

All the while, Rick Mears kept his nose clean and powered his car across the yard of bricks for his second victory and a new record for 500 miles at 163.612 mph.

Special thanks to Carl Hungness and the IMS radio network for facts and figures that contributed to this story.

Grand Prix drivers participate in “family day” at the NAIAS