Takuma Sato will stand to gain an extra $380,000 on top of his seven-figure race winnings, should he win the 105th running of the Indianapolis 500. 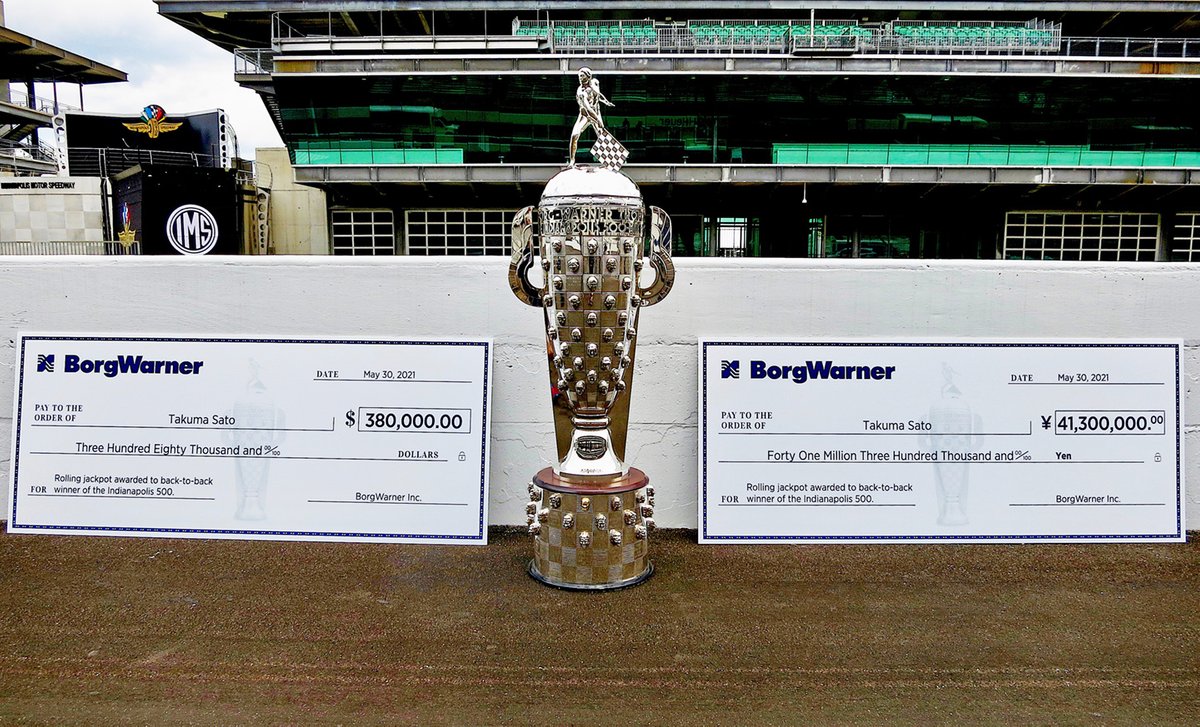 “The Indianapolis 500 is a cherished pastime for our company and the rolling jackpot, on top of the coveted Borg-Warner Trophy®, brings an added level of excitement to the race,” said Frédéric Lissalde, president and CEO of BorgWarner Inc. “We are delighted to have accumulated this sizeable reward and eager to witness the next back-to-back victor claim the prize for their remarkable accomplishment.”

As ever, this year’s winner will also have a sculpted replica of his or her face added to the iconic Borg-Warner Trophy and will also receive a miniature version of the Borg-Warner Trophy – officially named the BorgWarner Championship Driver’s Trophy, but known to all as the “Baby Borg” since its inception in 1988.