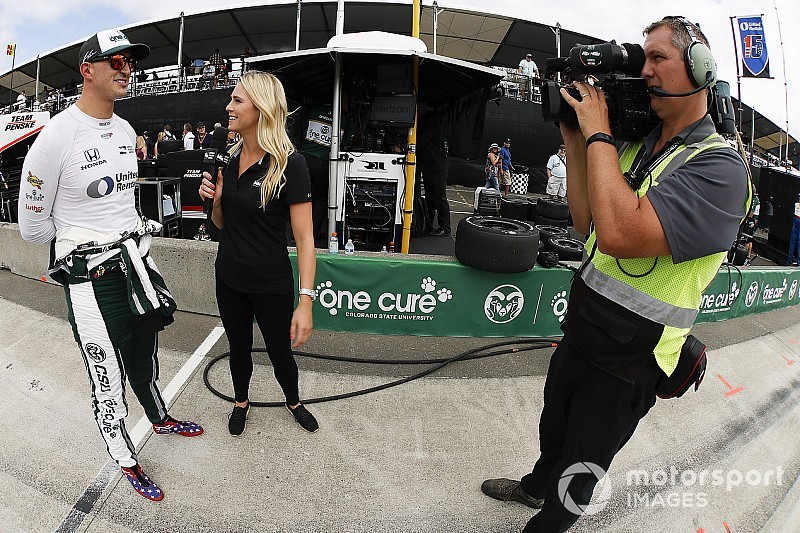 IndyCar Media is based on a similar program in the ATP Tour in men’s professional tennis, which Mark Miles, CEO of Hulman & Co., oversaw in his previous job. The purpose is to seal more than two dozen licensee deals representing more than 100 countries broadcasting IndyCar Series races.

IMS Productions, also owned by Hulman & Company, will continue to create the televised world feed distributed globally. IndyCar Media will “draw on IMSP's expertise to facilitate technical aspects of the programming and use IMSP's first-class production facilities and personnel to offer customized video content to the various international broadcasters for the first time.”

"The IndyCar Series is experiencing a resurgence outside the U.S.," Miles said. "For that reason, now is a particularly good time to do this. Controlling video content and media rights are essential to growth.

"In the highest-priority countries, we will work more closely with our broadcast partners to define market-specific opportunities, and we will grow our international audiences by focusing on these specific needs," Miles said. "We can enhance the amount of video content by creating new clips or drawing from our extensive archives."

Stephen Starks, IndyCar’s VP of promoter and media partner relations will continue to manage the coordination of IndyCar Media resources to execute all necessary functions.

Starks has recently hired Heather White, a media rights veteran based in London, UK, who most recently worked for ESPN International, which worked on IndyCar’s behalf over the past two decades. While at ESPN International, White assisted with the distribution of IndyCar’s media rights in Europe, the Middle East and Africa. She will serve as the primary licensing point of contact for IndyCar Media.

Starks stated: "We will define our most important global markets based on several factors, including the ability to support places where the IndyCar following is already strong, by targeting nations represented among our diverse driver lineup, through focusing on countries where broadcasters are best at growing our audience, and by looking at where we might want to race in the future.”

Speaking of White’s hiring, Miles added: “Heather knows us, she knows our product, she knows our current customers, and she knows other broadcasters all over the world. She will work as a representative of IndyCar Media from London and will be totally focused on the licensing aspects.”