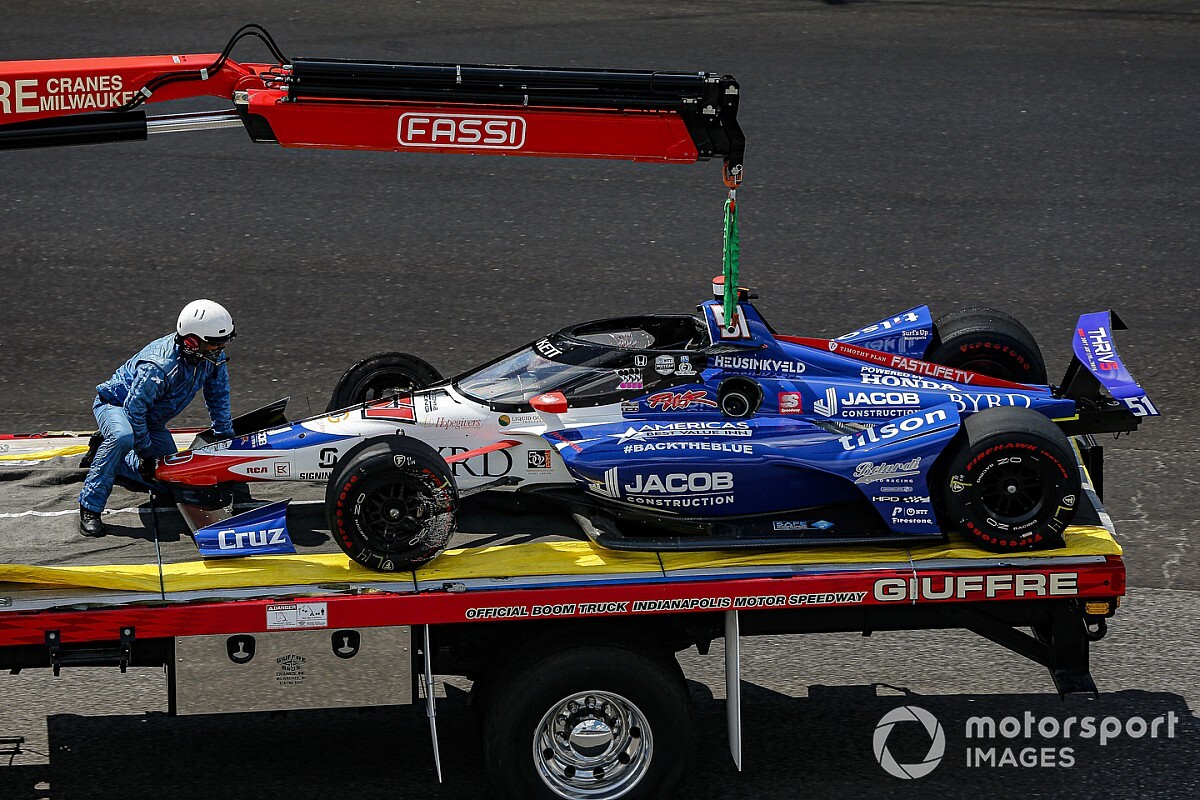 Regular Indy 500 entrant James Davison has described IndyCar’s aeroscreen as “an excellent safety advancement” after his overheated right front brake set light to his wheel in the early stages of last Sunday’s race, then exploded in a ball of flame.

That left him heading down the back straight with his right-front wheel on fire on Lap 5, and he was forced to pull over when 1200degF heat caused the center of the wheel to blow out.

Davison believes the screen protected him not only from the blast debris, but also the smoke and fumes.

He tweeted: "Received a call from IndyCar today to discuss the aeroscreen. The pic shows the magnesium explosion deflecting off of it. It also shielded me from the proceeding flames and fumes.

"In general, the cooling and vision was great. An excellent safety advancement. Thank you."

He added: "Worth mentioning. We still don't definitively know what caused the brake malfunction.

"The data shows the front brake pressure slowly started on the pace laps. The moment I took the green it exponentially ramped to 250+ PSI. Bizarre."

On Monday he tweeted the following:

"Crazy way to go out of the Indy 500. Brake master cylinder malfunction caused the brakes to stick and heat up to thousands of degrees.

"The team had given me a good car and a promising race went down the drain."