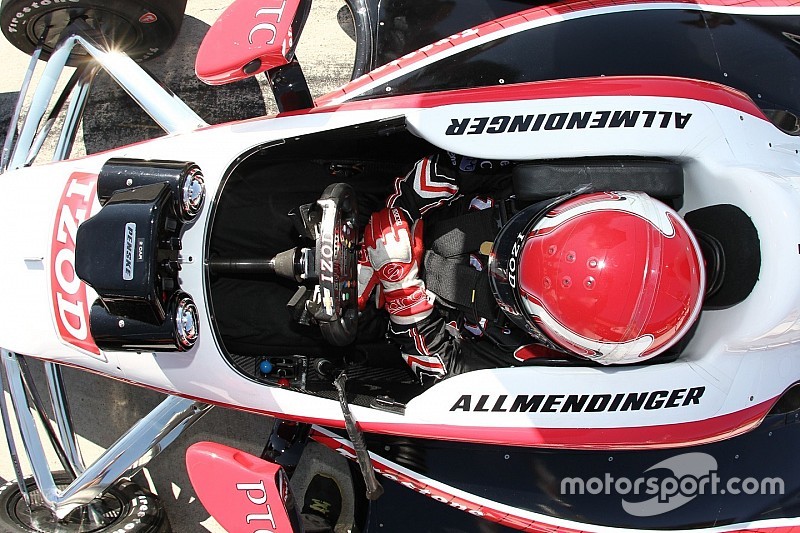 NASCAR Sprint Cup driver AJ Allmendinger has no desire to return to the Indianapolis 500, following the death of his close friend Justin Wilson in an IndyCar.

After the loss of Wilson in an accident at Pocono Raceway in August of last year, Allmendinger, 34, said his days in open-wheel racing are over – unless he can be persuaded otherwise by closed-cockpit safety.

“The only way I would do it is if they put in a closed cockpit over the car and tested it and they thought that was a good direction in safety.

Allmendinger, who enjoyed five wins, one pole and seven podium positions in his final 13-race season in CART before transitioning to NASCAR in 2006, had all the advantages of a Team Penske ride during his six-race stint in IndyCar, which included the Indy 500 in 2013.

While he was extremely competitive in the 500, and led 23 laps prior to his safety harness coming dislodged, Allmendinger had to settle for finishing seventh.

Still, while he may have been tempted to return to the Indy 500, Wilson’s passing is still too fresh in his mind.

In the last decade since Allmendinger’s focus shifted to stock cars he’s seen tremendous gains in NASCAR’s safety initiative. But he never expects racing to be a completely danger-free sport.

“But it’s a different situation in the fact that IndyCar is just like Formula 1,” Allmendinger said. “The basis of IndyCar racing is open cockpit, that’s what it’s always been about. Stuff like that is always at risk to happen.

“Every form of racing is doing the job to try and make it safer. NASCAR continually works on the racetracks [and] inside the cars.

“The direction that all the testing they’re doing that they showed in the safety meeting – it’s progress.

“Will you ever get to the day when you strap into a race car and say, ‘there’s really no chance of anything bad happening?’ No. That’s a part of racing that will always be there.

“But the best thing we can do is make it as safe as possible. It’s way safer now than it was 15 years ago. It’s getting better. But when it comes to the IndyCar side of it, that took a big part of me away right there.”

Before the season began, Allmendinger returned to sports car racing running the Rolex 24 at Daytona with his long-time friend and team owner Michael Shank.

He acknowledged that Wilson’s absence altered the dynamic of the team, but returning to Daytona was a cathartic process.

“There’s good days and bad,” Allmendinger said. “At Rolex, I did a pretty good job. We remembered the good times and joked about it.

“We played a mini-golf tournament with the drivers’ spotter and his son, and [Justin’s brother] Steph Wilson. It was always a tradition that we would all do — even at RuSport we would have tournaments and a point system.

“And we played awful that day. We missed (one) foot putts all around. We were laughing that Justin’s up there messing with us.

“We had some good times. Then I woke up Saturday and Shank had sent out a tweet [with a photo of Shank and Wilson together, calling Justin his “secret weapon”] and it killed me inside right there. It hurt. It was tough.

“But yeah, you always think about him. We all have to experience stuff and our losses. But he always made me a better race car driver and I remember everything about it.”

Allmendinger is entering 10th year in Sprint Cup and his fourth season with JTG/Daugherty Racing — the first of a new five-year contract.