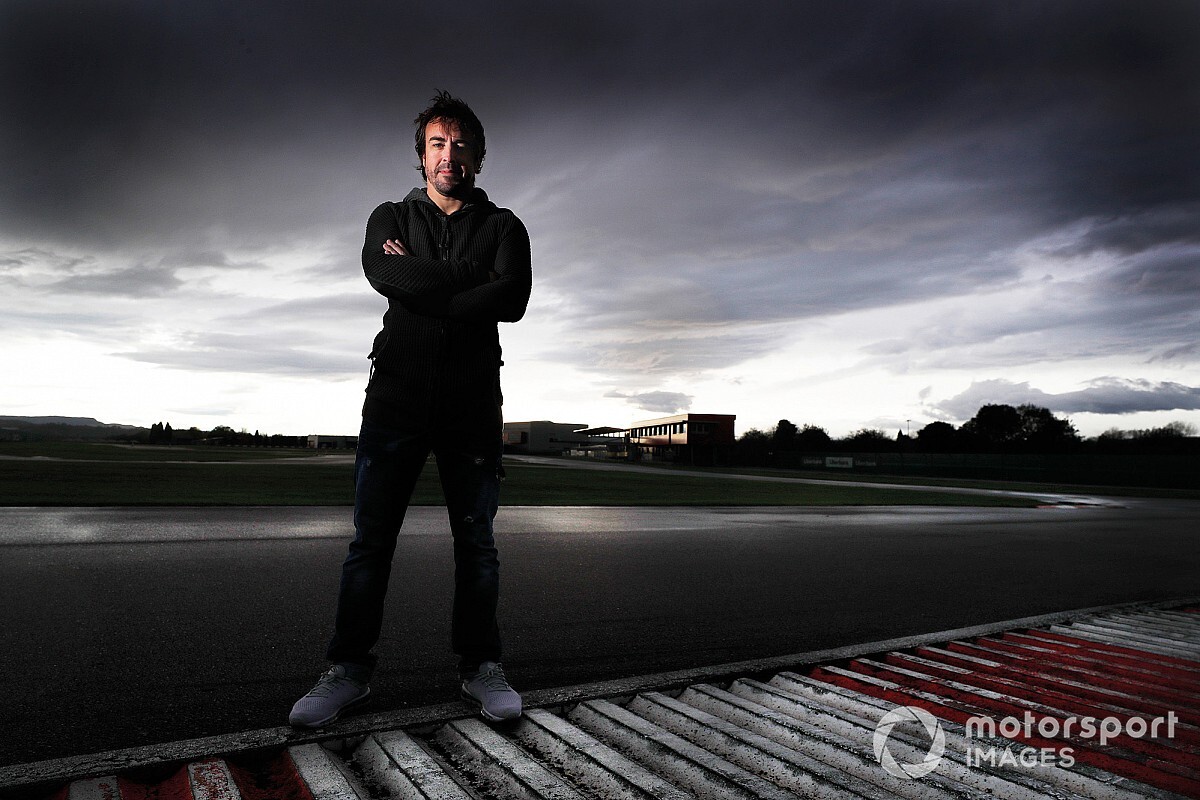 Fernando Alonso will make his third attempt at the Indianapolis 500 from behind the wheel of an Arrow McLaren SP Chevrolet, it was announced today.

Alonso’s #66 Ruoff Mortgage-sponsored entry will hit the track for the first time in the Indy 500 open test on April 30, and will be race engineered by Craig Hampson, Arrow McLaren SP’s fulltime R&D engineer. He will be teammates with fullime AMSP drivers for 2020 Patricio O'Ward and Oliver Askew.

Said Alonso: “I am a racer and the Indy 500 is the greatest race in the world. I love the incredible fans who make it so special for all of us drivers and make me want to come back.

“I have maximum respect for this race and everyone who competes in it and all I want to do is race against them and give my best, as always.

“It was important for me to explore my options for this race but Arrow McLaren SP has always been at the top. I have a special relationship with McLaren; we’ve been through a lot together and that creates a bond, a loyalty that is strong.

“But more than that I am impressed with how the new organization and operation is developing into a strong package with the Chevrolet partnership. The team has experienced, well-qualified people and great resources, and I’m confident we can be competitive.

“I’m focused and excited to begin our preparations. It will also be great to work with Oliver and Pato, two fantastic young talents for the future who are growing all the time.”

Team co-owner Sam Schmidt stated: “Adding Fernando to the team brings a level of experience and expertise that will benefit our two young talented full-time drivers in Oliver and Pato. We have fast cars at Indy and fully believe he has the talent to run at the front, not just participate.

“That, combined with Chevy power and the experience of the team, will make this trio of drivers one of the strongest in the field.”

Zak Brown, CEO of McLaren Racing added: “We’ve always said we’re open to running Fernando in a third car for the 500, so we’re delighted he’s decided to join us. Fernando is one of the greatest drivers in the sport and it’s fantastic to have him as part of the team. It’s a fine way to contest our first Indy 500 as Arrow McLaren SP and to have Ruoff Mortgage backing Fenrando is a perfect partnership.”

Ruoff won Indy with Takuma Sato and Andretti Autosport in 2017. The company’s CEO Mark Music said: “We are beyond thrilled to sponsor such a world-class and respected driver and to partner with Arrow McLaren SP this year. We hope Fernando takes home the coveted Triple Crown of Motorsport in the Ruoff Mortgage car at this year’s Indy 500.”

Since 2017, the two-time Formula 1 champion has famously been chasing motorsport’s unofficial ‘Triple Crown’ of conquering the Monaco Grand Prix, the 24 Hours of Le Mans and the Indianapolis 500. The 38-year-old Spaniard won Monaco in 2006 for Renault and in 2007 for McLaren, but 10 years later skipped the race to take part in the Indianapolis 500 for the first time with a McLaren-backed Andretti Autosport-Honda.

Alonso excelled, qualifying fifth, leading 27 laps and being in the hunt for victory until his engine blew on Lap 180 of the 200-lap Memorial Day Weekend classic.

His most recent F1 season was 2018, the same year he won the 24 Hours of Le Mans with Toyota Gazoo Racing, and he went on to win the 2018-’19 World Endurance Championship and add a second Le Mans triumph to his résumé in ’19. In between the two Le Mans wins with Toyota came victory at the Rolex 24 Hours at Daytona in a Wayne Taylor Racing Cadillac DPi-V.R.

However, last year also saw Alonso take a second shot at the Indy 500 with McLaren and, aside from a tie-up with Carlin for initial preparations of one of the chassis, it was a deal operated largely in-house at McLaren. Infamously it ended in Alonso’s failure to qualify and the team admitting it had been inadequately prepared for the challenge of the Speedway .

However, last August, McLaren announced its decision to re-enter the NTT IndyCar Series full-time  for the first time since 1979, this time in partnership with the team hitherto called Arrow Schmidt Peterson Motorsports. However, the Sam Schmidt/Ric Peterson-owned squad was obliged to switch from Honda to Chevrolet units, allegedly due to the fallout from McLaren’s and Alonso’s public criticisms of Honda’s hybrid power units in Formula 1.

After announcing the signing of 2018 Indy Lights champion Patricio O’Ward and ’19 Lights champ Oliver Askew for the 2020 NTT IndyCar Series season, Arrow McLaren SP co-owner Sam Schmidt said last October that he fully intended to run a third car at Indy and declared Alonso as a candidate for that third seat. However, those hopes faded when it was revealed in January that Alonso was no longer serving as an ambassador for the McLaren brand.

This apparently freed him up to drive a sixth Andretti Autosport-Honda in the 104th Indy 500, and a deal was “pretty close” according to a team insider, until allegedly nixed by Honda Japan. While some sources have suggested this was due to lingering resentment over the acrimonious F1 partnership, other senior sources have said the problem was Alonso’s recent association with Honda’s arch-rival Toyota, which went beyond WEC to include the Dakar Rally.

The extra Andretti Autosport entry has since been filled by James Hinchcliffe, but initially Schmidt remained coy on re-opened negotiations with Alonso, stating only that motorsport fans deserved to see him at Indy.