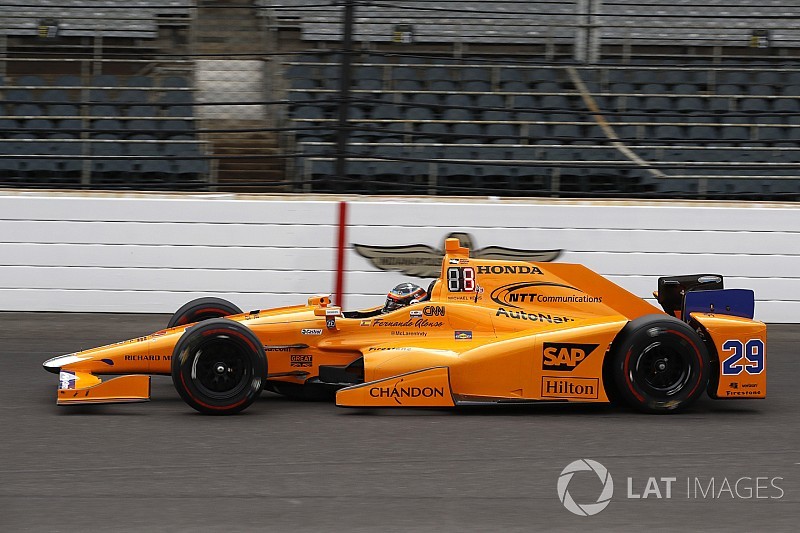 McLaren has not charged its F1 sponsors any extra for the branding and exposure they are receiving from its Indianapolis 500 venture with Fernando Alonso.

McLaren executive director Zak Brown said the outfit felt offering the branding without additional cost helped offset the loss of exposure sponsors have encountered through the team's struggles in F1.

"It's something we're doing as part of our larger motor racing programme to deliver for our partners," he said. "It isn't anything we have charged them incrementally for.

"As good partners, you need to recognise when you're delivering and when you are not and we're not delivering on track, which directly impacts their exposure.

"So this is a great way to offset that loss of exposure that we are generating now with a tremendous amount of exposure. We felt that was the right thing to do. Commercially, it's to make sure we deliver to our partners the exposure which we promised."

Alonso will line up fifth for his maiden Indy 500 attempt on Sunday, hours after Jenson Button competes in the Monaco Grand Prix as his replacement.

"They like it," he said. "I was just with [Liberty Media CEO] Greg Maffei, and he thinks it is super cool. I think it's such a good story, it generates great exposure for everyone.

"In reality, we're not in the zone where people are showing up to watch McLaren race right now. I think the fact we brought Jenson back is a bigger story than had we just continued to run our two drivers.

"It's created a massive story in America and it's created an additional talking point here. I don't think we've sacrificed that much because we're here to win races and Jenson was on it right away.

"We want to get in the points here and at the same time have a successful Indy 500 so we come out with three great results instead of two."