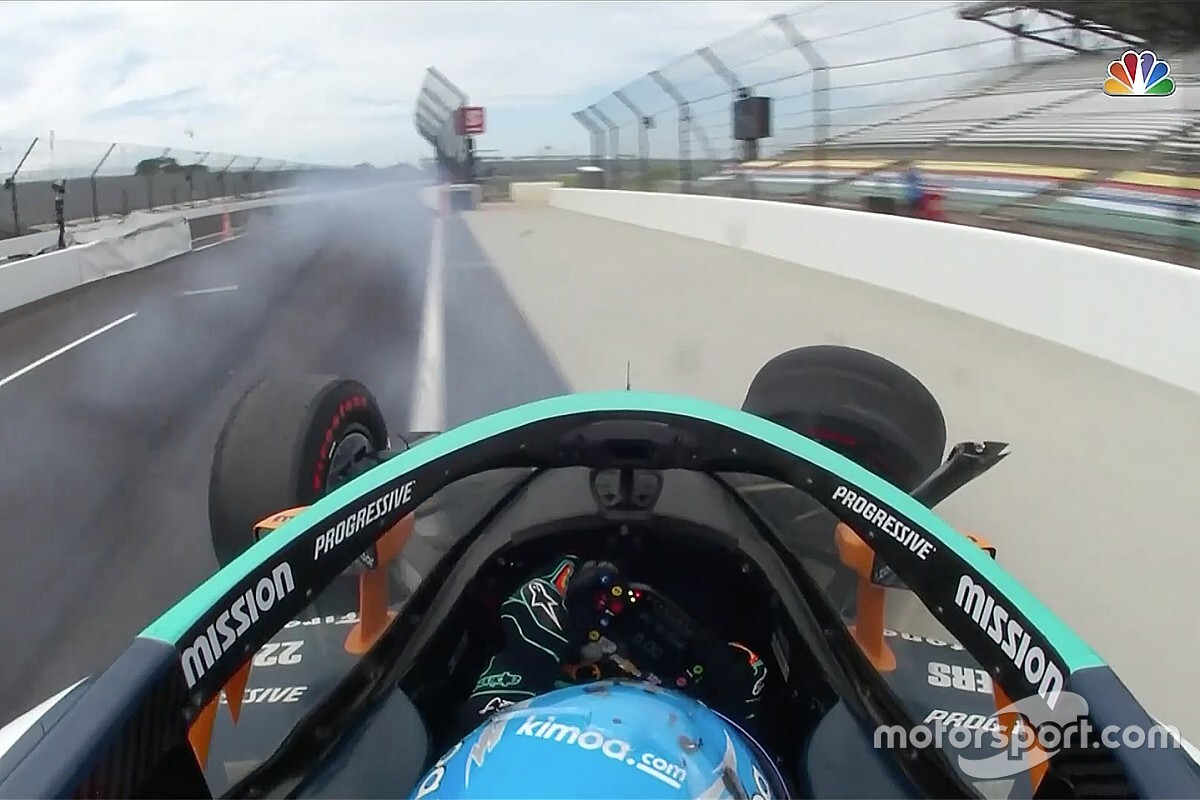 Fernando Alonso has suffered the first accident in practice for the 104th running of the Indianapolis 500.

The two-time Formula 1 World Champion was trailing a crocodile of cars with barely 45 minutes left to run in the 6hr30min Day 2 practice, when he went over the concrete strip at the apex of Turn 4.

The #66 RuOff Arrow McLaren SP-Chevrolet became unsettled and slid high and hard into the outside wall before bouncing off, spinning through 180 degrees and sliding backwards down pitlane.

Alonso, who is due to make his second start in the Indy 500 next week, was checked and cleared by medical.

He commented afterward: "You lose the car, you lose the grip of the car, and this place, the walls are coming very close.

“Unfortunately, it happened again. We’ll learn from this. Nothing we can do now. Tomorrow, we’ll start again.”

His fastest lap of the day keeps him sixth fastest currently.

Tomorrow the turbo boost is increased to 1.5-bar on Fast Friday ahead of qualifying weekend. The next chance Alonso will get to try raceday boost [1.3-bar] and setups will be after the pole shootout on Sunday, when there is a further 2hr30min session.