Fernando Alonso has shown for the first time the damage caused when his legs broke his steering wheel during his Indy 500 practice crash last week. 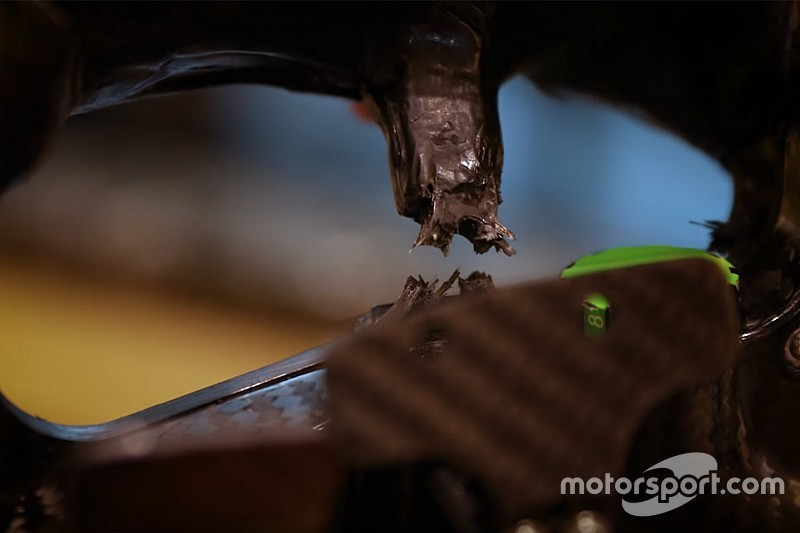 The Spaniard’s attempts to qualify for the event suffered a setback when he tagged the wall at Turn 3 during the second day of practice.

His McLaren then spun to the inside of the track and hit the wall backwards before sliding up to the entry of Turn 4.

Reflecting on the events of last week, when Alonso famously failed to qualify, the Spaniard has revealed how the wall impact resulted in his legs flying up and breaking his wheel.

“It looked spectacular from the outside but from the inside it didn’t look that bad,” explained Alonso in a McLaren video released on YouTube.

“I think on the second impact, when I was going backwards, with the legs, I touched the [steering] wheel and it got broken. It you touch with another part of the body it is different, but with the legs, normally they are quite strong. Stronger than a steering wheel!”

Alonso said that the nature of running at more than 225mph at Indy was that when cars got out of shape there was very little a driver could do to regain control.

“The cars are normally quite digital. On/off,” he explained. “So you got the grip and suddenly you have nothing so in that moment, you are just a passenger.

“You are running in a bubble of air and there is no grip. Once that happens normally you back off, you lift off, you keep steering, but it doesn’t matter much what you are doing with the steering wheel, you just hope that it is enough to do that corner and you back off and box or whatever.

“So at this time I was still hoping that nothing may happen or I will be close to the wall, or touching it, but you are just a passenger in that moment.”