Fernando Alonso set an encouraging 228mph lap in the final practice session before Indy 500 qualifying starts at 11am local time. 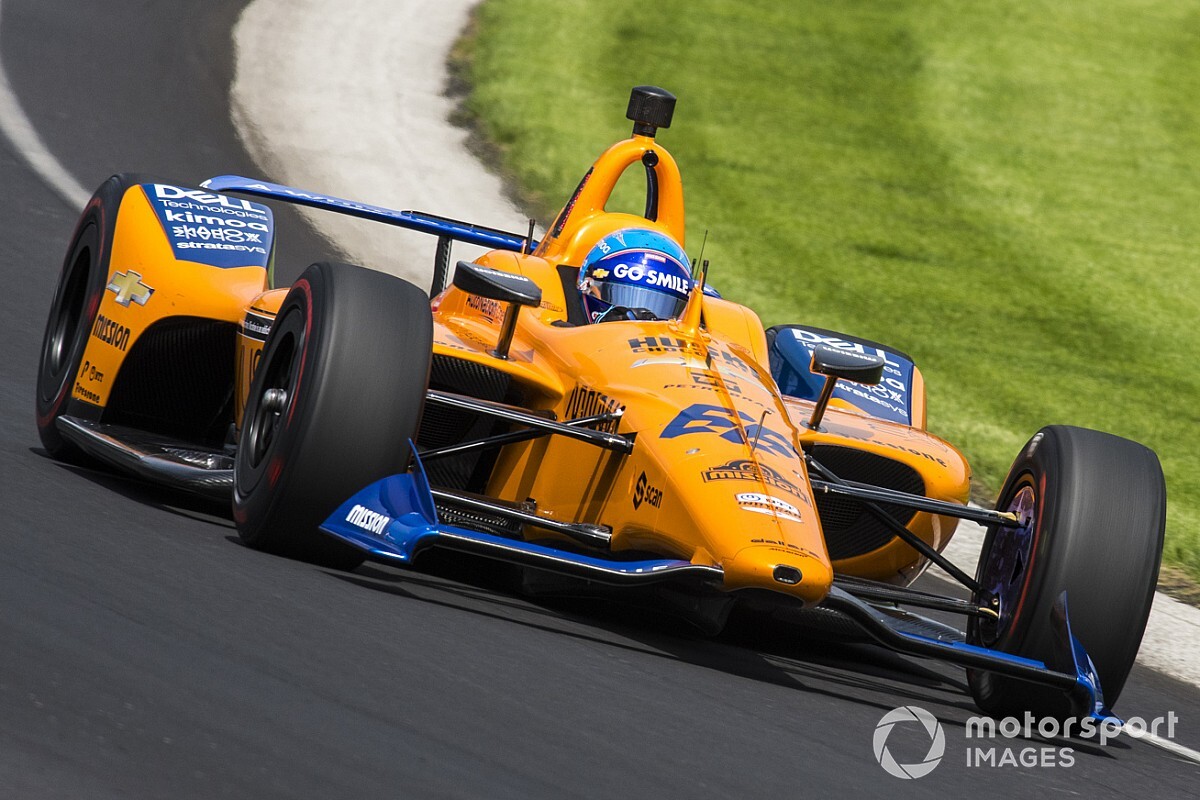 The two-time Formula 1 champion, who admitted yesterday that he was worried about his prospects of qualifying for the 103rd running of the Indianapolis 500, turned a no-tow lap of 228.065mph in his McLaren-Chevrolet, although his speeds dropped off by over 1mph within two more laps.

That will be troubling because Indy 500 qualifying is set by the fastest average speed over four laps. Also, conditions this morning on a cool track with much of it in shade were ideal, whereas the track will be increasingly tricky in the afternoon, when ambient temperatures are expected to reach 85degF.

For the record, in this morning’s practice, Jordan King in the third Rahal Letterman Lanigan Racing-Honda was second fastest ahead of Kyle Kaiser in a rebuilt Juncos Racing-Chevy, Ben Hanley in the DragonSpeed-Chevy and Patricio O’Ward in the spare Carlin-Chevy.

Today’s qualifying session will see all 36 cars take at least one four-lap run, starting at 11am, and by the end of the session at 5.50pm, grid positions 10 through 30 will be locked in place, and the participants in Sunday’s Firestone Fast Nine shootout for pole and Sunday’s Last Row shootout (six cars fighting for the three back-row slots) will be decided.