Andretti: Alonso in IndyCar would have similar effect as Mansell 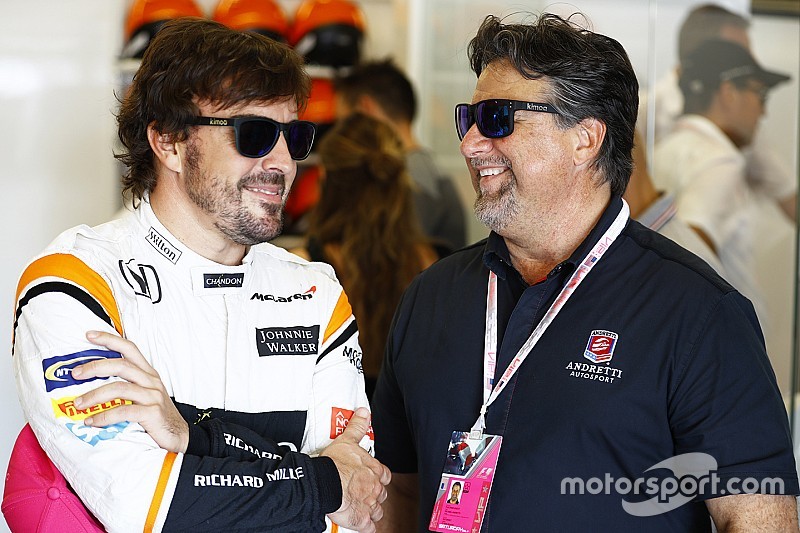 Michael Andretti says that Fernando Alonso racing in IndyCar would bring notoriety and attention to the series, similar to that achieved by Nigel Mansell in 1993.

“That would be great, I hope he does want to do it,” he told Motorsport.com. “I think he still hasn’t made his decision yet. Hopefully he enjoys his time in the car and he’ll want to do it.”

Hinting that he’s keen to see an Alonso/McLaren combo technically collaborating with his squad, Andretti said: “I think it would be great for our series, our team, I’d love to work with him again because he was really a lot of fun to work with at Indianapolis last year.

“We’ve always been ready for a five-car team if we have to be. That wouldn’t be a problem. But we’ll see what happens. There are still a lot of things that have to happen yet, but hopefully it will be good in the end.”

This suggests that rumors about McLaren using Chevrolet engines, and thus partnering with either Harding Racing or Ed Carpenter Racing, remain wide of the mark. Further evidence was Andretti's dismissal of speculation over Alonso’s relationship with Honda, despite the friction that developed between the driver and the manufacturer at McLaren in 2015-’17. Said Andretti: “Honda has no problems with Alonso, no problem there.”

Were Alonso to tackle the whole 2019 IndyCar season, Andretti said he expected him to be on the pace immediately.

“I think so,” he said. “He was very competitive at Indianapolis, and Indianapolis is a difficult race track and he did very well there. Obviously on road courses he’s going to be strong, so I see no reason why he can’t be competitive right away.