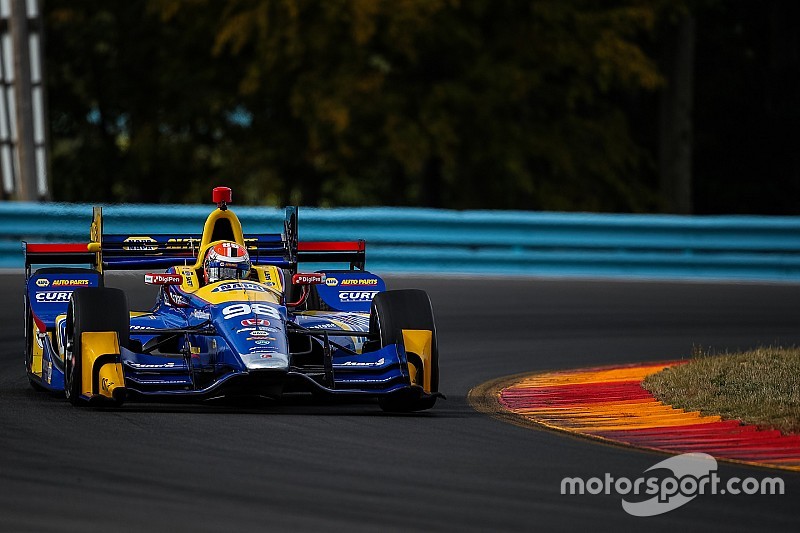 Marco Andretti will replace Alexander Rossi as the driver for the Honda-powered Andretti Herta IndyCar entry, as the partnership between the two teams is extended for a third year.

The Pennsylvania native will pilot the #98 Andretti Herta car, trading places with Rossi, who takes over the #27 Andretti Autosport entry.

Former CART and IndyCar race winner Bryan Herta's team merged with Andretti ahead of the 2016 season, and their joint entry was victorious in that year's Indy 500 at the hands of Rossi.

The partnership was extended for 2017, with Rossi remaining the driver but Herta himself becoming strategist for the #27 car.

Rossi won another race, at Watkins Glen, and finished the year seventh, ahead of the three other Andretti cars.

“I’m very much looking forward to being in the Andretti-Herta entry,” said Andretti, who finished 2017 in 12th place.

“My goal is to bring the No. 98 another Indy 500 win along with many other victories. Working with Bryan has been refreshing – he is very committed to getting me all the tools I need to get back into victory circle. He believes in my talent and is dedicated to turning that into results.”

“I’m thrilled to be continuing the partnership with Andretti Autosport,” Herta said.

“The relationship has worked really well both on and off the track for us and our partners. I’m looking forward to moving back onto the No. 98 timing stand with Marco and can’t wait to get the 2018 season started.”

The swap between Rossi and Andretti is the second off-season change to the Andretti organisation's 2018 line-up, as it has also replaced this year's Indy 500 winner – the Rahal Letterman Lanigan-bound Takuma Sato – with Indy Lights graduate Zach Veach.