Marco Andretti will be traveling to Europe to enroll for a second time in Rob Wilson’s Driving School, as he strives to recapture the form that produced fifth in the IndyCar championship back in 2013. 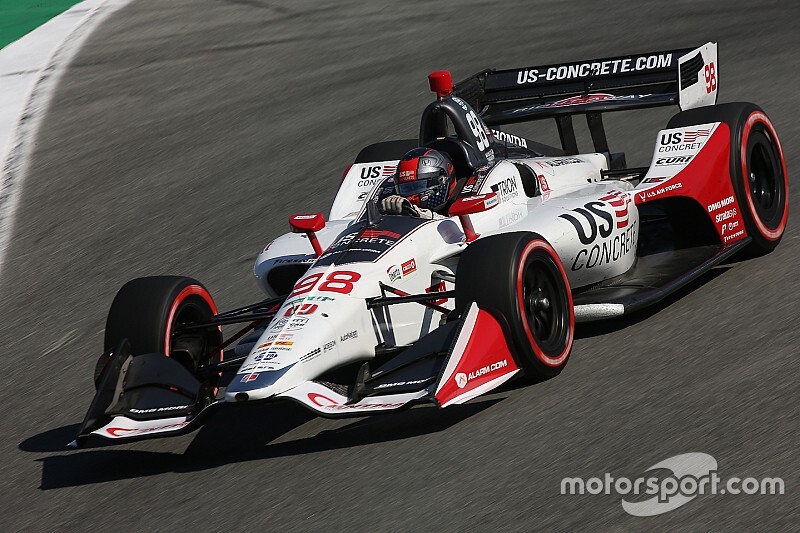 The 32-year-old Andretti Herta Autosport driver, who is about to enter his 15th season at this level, suffered a horrendous 2019, arguably the worst year of his career, with two sixth places being his highlights. He ended the season only 16th in the championship, but interestingly a late-season swap in race engineers with teammate Zach Veach produced an uptick in form for both, with Mark Bryant switching to the Gainbridge car of Veach, and Garrett Mothersead rejoining Andretti.

Mothersead, along with Blair Perschbacher (now at Arrow McLaren SP), engineered Andretti in the first couple of years of IndyCar’s Dallara DW12 era when the third-generation driver also first received driver coaching from 1990 Barber Pro Series champion Rob Wilson, at his renowned driving school. Andretti believes that working with Mothersead and gaining more tutelage from Wilson can help him return to similar form as he produced back in 2013-14.

Andretti said: “[Mothersead] knows it’s Sunday that counts, but being critical of myself, qualifying has killed me. Because it’s a big track-position dependent sport so you can’t start at the back and have a magnificent race unless there’s rain and a lot of yellows. My racecraft is pretty good and we go forward more often than not, but we have to start ahead of the eight-ball. So he’s happy with me on Sundays but we have to make Saturdays better.

“Garrett was there with Blair in 2013 and we did a lot of things that year which we’re going to try to do this year and absolutely wring it out. I think my worst year in my career happened at the worst time, and I had one of my worst nightmare races [Indy 500] on the 50th anniversary of [grandfather] Mario’s win there. So we’re up against it right now, and we’re trying to wring everything out and I’m going back to Europe [to Wilson’s driving school] before the season starts.

“The reason I go is because I think the type of car I drive there – it’s a streetcar pretty much – exaggerates your inputs so much, and it really makes it obvious what you’re doing with your footwork and with how quick your hands are, and if you need to slow yourself down.

“For me, it’s a lot about slowing down to go fast, which for a driver is a little bit counter[-intuitive]. It exaggerates your inputs and it’s very easy to overdrive those types of car, so if you can bring yourself into that realm, there are ways you can find grip from a car, rather than go right over the tire which I have been doing in IndyCar a lot. You can look and say I just need to drive harder, but a lot of the time it’s just the opposite!

“I think 2008 and 2013 I probably did my best job as a driver and we had a lot of races escape us there. Mindset-wise, I’m not hiding from the fact that I’m up against it and we need to perform right now, and need some trophies.

“I requested it from the team, because I want to exhaust everything I can do as a driver not just physically. It’s such a long off-season, longer than usual because of parts availability [aeroscreen] meaning testing got delayed. And I can’t just run on the treadmill – I’d go crazy – so I’m doing everything in my power to maximize this year. It’s a very important year for me.”

Asked to comment on the pluses and minuses of being part of such a large team, Andretti said: “It’s good and bad because in the Month of May you can be debriefing until 9pm because there’s a lot of information to digest, although I’ve done my best work when you just focus on a program and take the team with you on a certain setup.”

However, he admitted that the newcomers to the sport, such as Herta, had reinvigorated the series veterans.

“There’s a lot to learn from these guys, especially Colton,” said Andretti. “I think Indy Lights grooms some really good drivers. If you watch their onboards [in Lights], they’re all over the place, and then they get in the IndyCar and they’re comfortable with a setup that perhaps we’re not comfortable with.

“So [Lights] really grooms them and we’ve seen a lot of talent come out of there. It kinda whips us into shape to just shut-up and drive rather than trying to achieve a perfect racecar every time.”