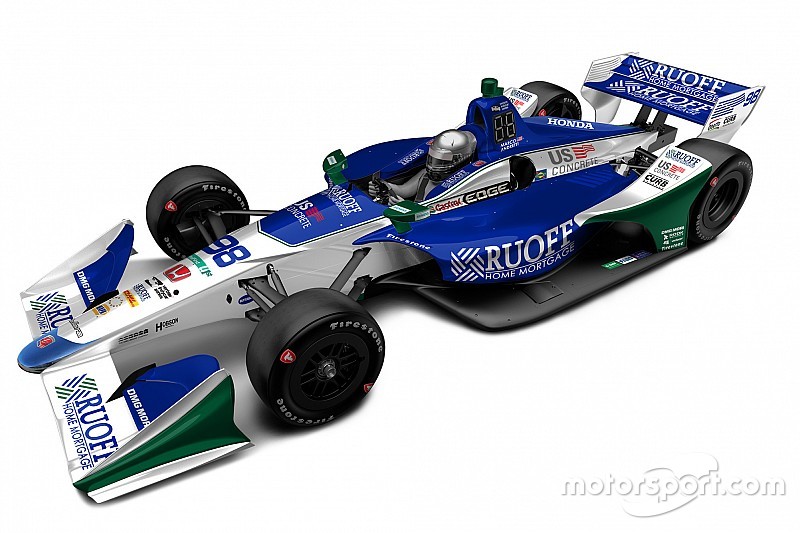 Marco Andretti’s #98 Andretti-Herta Autosport entry will run in the blue, green and white of Ruoff Home Mortgage for the IndyCar Series season-opener at St. Petersburg and again for the Mid-Ohio race.

Ruoff was the primary sponsor of Takuma Sato’s Andretti Autosport-Honda at last year’s Indianapolis 500, which he won – the team’s third Indy victory in the last four years.

Mark Music, president and CEO of Ruoff says: “Being affiliated with the Andretti name again, particularly on Marco’s car, aligns us with the best name in racing. Speed and precision are just two tenets that are synonymous with Andretti and with Ruoff."

Team owner Michael Andretti said: “Since first joining the team in May of last year, our partnership and friendship with Mark and the Ruoff Home Mortgage family has really grown.

“We’re thrilled to continue our success with Marco at St. Petersburg and Mid-Ohio. I think we’ll be spending time together again in victory lane soon.”

The announcement comes just a day after U.S. Concrete was announced as primary sponsor on the #98 for six races.

“Everything is positive,” says Leist after two strong IndyCar tests