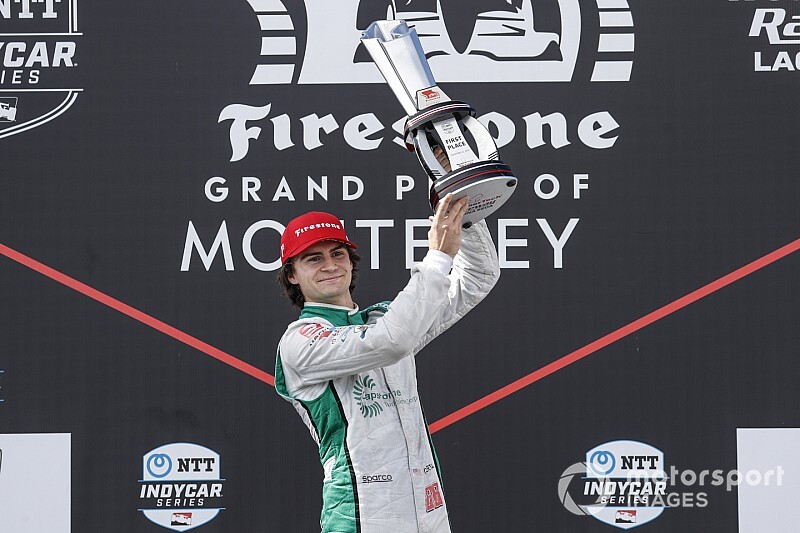 Racing legend Mario Andretti has cited Colton Herta as being “the next me”, in an article for this month’s Robb Report magazine.

Robb Report, a luxury lifestyle magazine, has led its latest issue with the feature, “Who’s The Next You? – Leaders of tomorrow, nominated by the decision-makers of today”.

As father to Michael Andretti, owner of Andretti Autosport for whom Herta has raced since 2017, Mario Andretti has paid close attention to the Californian who turned 20 earlier this week.

After winning the Pacific Formula 1600 title, Herta went to Europe to join Carlin, finishing third in the 2015 MSA Formula Championship, third in the Euroformula Open Championship and second in the Spanish Formula 3 championship.

Returning to the U.S. to join Andretti Autosport in 2017, he racked up six wins and 10 poles in Indy Lights across two seasons, finishing third and second in respective years.

Last year, Herta graduated to the NTT IndyCar Series with the Andretti Autosport satellite operation, Harding Steinbrenner Racing, winning on only his third IndyCar outing at Circuit of The Americas, taking three pole positions and then winning the season finale at WeatherTech Raceway Laguna Seca.

Ultimately he claimed seventh in the championship, not quite enough to beat Chip Ganassi Racing’s Felix Rosenqvist to the Rookie of the Year title.

Before the IndyCar season had begun, however, Herta co-drove one of RLL Racing’s BMW M8 to victory in the GT Le Mans class of the Rolex 24 Hours at Daytona, and in October he added a third place finish at Petit Le Mans.

On Thursday, Andretti tweeted: “For the April issue of Robb Report, I was asked "Who is the next me?" I picked 20-year-old @ColtonHerta. When I look at him, I see myself. Check out the list of "leaders of tomorrow".... nominated by leaders of today. Thanks for including a couple of racers @Robb Report."

Herta responded: “Although there will never another Mario Andretti, this is the greatest compliment I could ever think of getting. Thank you for including me @MarioAndretti.”