Andretti: “We can win from seventh, especially if it’s wet” 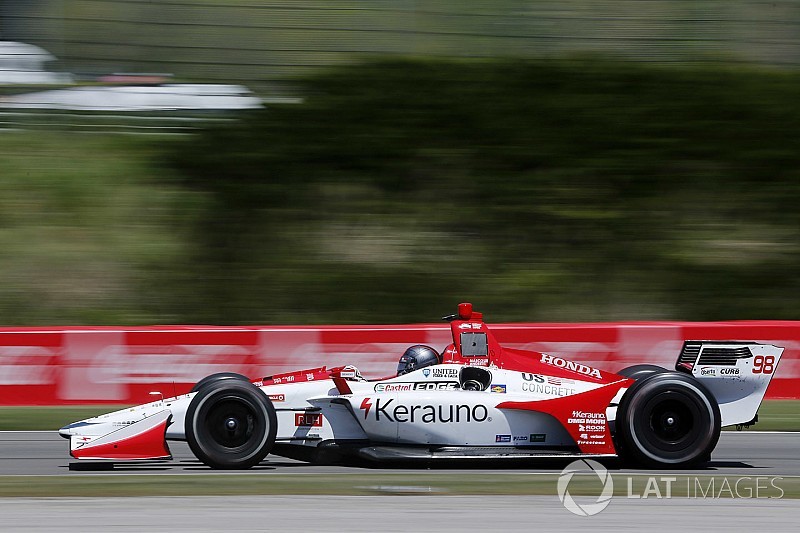 After qualifying seventh for this weekend’s Honda Indy Grand Prix of Alabama, Marco Andretti said he believes he’ll be a contender for victory – especially if the forecast rain arrives.

Andretti missed advancing to the Firestone Fast Six at Barber Motorsports Park by just six-hundredths of a second, and was an impressive 0.14sec faster than championship-leading teammate Alexander Rossi. It's his best road/street-course qualifying performance since Detroit 2015.

The Andretti-Herta Autosport driver, who had struggled through the practice sessions at Barber, said: “The Kerauno boys did a great job rebounding from practice. I think we can win this race from seventh, especially if it’s wet.

“This was the first qualifying session that nothing drastic happened for us; it was the first normal session of the year. I think we wouldn’t have qualified out of the top 10 all year, pace-wise, and I think we’ve shown that in the races.

“We’re a little closer to the front and that’s good – we need to stay here. I expect to be here, even if a lot of people don’t [expect it], I do.”

Ryan Hunter-Reay, who was the team’s sole representative in the Firestone Fast Six, said: “It’s really been tough to stay on top of the track conditions – they’ve been changing a lot. It feels more like an oval out there where the wind changes just a little bit and you have to adjust your driving style to it.

“I think we got about everything we could have out of the 28 DHL Honda. Big props to the team for giving me what I needed today, we kept making the car better and better and hopefully we can do that for the race. It’s going to be interesting, it’s going to be wet tomorrow…”

Rossi admitted his eighth place was because he “just didn’t put it together,” while the sick Zach Veach admitted he had gotten lucky when Tony Kanaan’s shunt ended Q1 Group 2 early.

However, he added: “It’s just good to get that monkey off the back. We left Long Beach saying we wanted to qualify a little better, and we did just that. Hopefully tomorrow when I come back a little more rested, we can make our way further up in the field.”