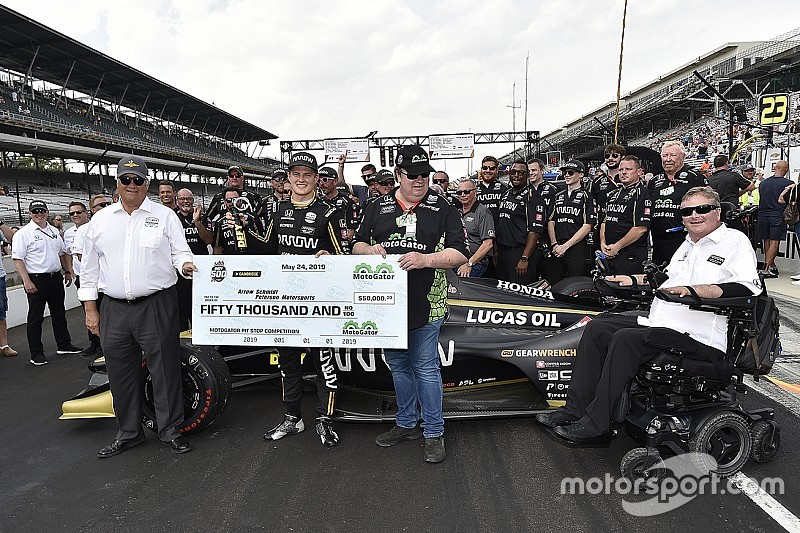 Marcus Ericsson and the #7 Arrow Schmidt Peterson Motorsports crew has won the traditional Indianapolis 500 pitstop competition, the first team outside of Team Penske and Chip Ganassi Racing to win the competition in 15 years.

The Indy 500 Pitstop Competition has been held every year since 1977, but the past decade-and-a-half has been dominated by Penske and Ganassi. However, after being beaten finalists the past three years, Arrow SPM clinched the title, in a best-of-three final shootout with Scott Dixon’s #9 Ganassi crew.

The competition consists of a standing start into a pitbox, changing all four tires, and then another brief sprint to the finish line. Ericsson’s team beat the Penske #2 of Josef Newgarden in the opening round, then took down another Penske crew – the #12 of Will Power who stopped slightly long of his pitmarks even when he beat Felix Rosenqvist in the opening round, and then did the same again against Ericsson.

Dixon had a strange path to the final after beating Sage Karam’s Dreyer & Reinbold Racing crew, because both he and semi final opponent James Hinchcliffe stalled, adding around 20sec to their stop time each.

The last non Penske/Ganassi winner was Buddy Rice and Rahal Letterman Lanigan Racing in 2004, while Rice was the last winner before Ericsson to win the competition as a rookie, in 2003 with Cheever Racing.

Said Ericsson: “I think for sure we had some good [standing] starts, but what won us this competition was pit stops. Every single pit stop was amazing. That's why we won today. It's a great reward because these guys have worked so hard all year, and I've had a couple of incidents during the season and they've always worked so hard to get me out there on the track again. To win a competition like today is just a great reward for all that hard work that these guys put in every single day.

“When I walked out, I was like, ‘This is all fun and games,’ and then you come out there, you see the crowd, you see how pumped all the guys are, and you're like, ‘All right, let's do this.’ You know, it is fun and games, but it is so much competition at the same time. When you're in the car you want to win, and we managed to pull it off.”

The Swedish rookie later added: “When I signed my contract back at the end of last year, it was just the offseason and not much going on, and I came to the shop the first time and I think it didn't take more than a couple of hours before the guys were, like, ‘All right, let's jump in, let's do some pit stop practice. So all that work that these guys put in even over the off-season to practice these things and perfect them – that's what makes a difference. These guys are really putting in the hours, and yeah, it really showed today.”

Jansen added: “We've been in second place the last three years, so it was a big motivator for us to get over that hump, and so we're glad to finally be on the top. But Ganassi was great competition. Everybody did great stops today. Can't say enough about all the guys, how great they did.…

“We do our best to keep it fun, try to keep it light, not put too much pressure on it. Everybody knows how important the stops are. We do a lot of training in the off-season, in the gym at St. Vincent's and in the shop doing pit stop practice – things like that. It's all about not stressing and not putting too much emphasis on it, even though it is obviously a key factor of every race.”

“I think it's a good boost for everybody, especially coming into Sunday,” said Cleave. “It's been a long month. It's going to be a long month next month. This is a good slap on the back, and a ‘good job’. 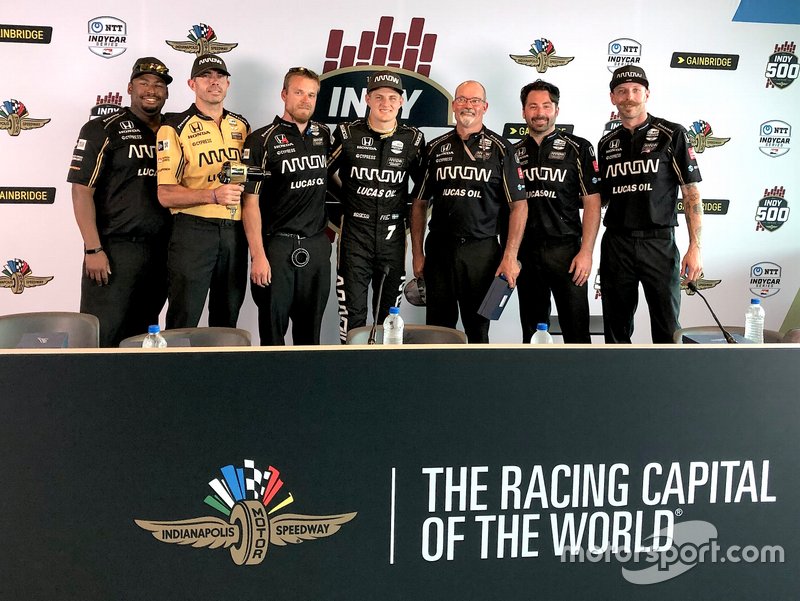