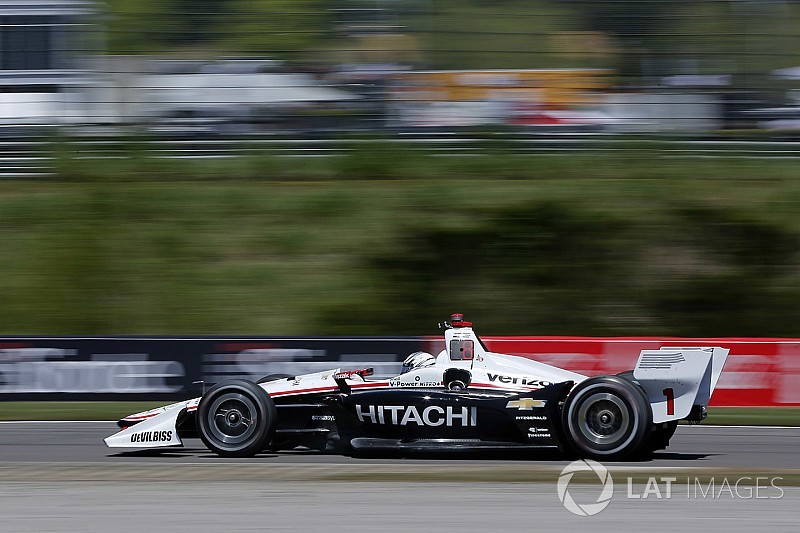 Team Penske’s Josef Newgarden ended the second IndyCar practice session at Barber fastest of all in a chaotic session that caused a late dash for fast laptimes.

The afternoon’s running proved to be far more representative of Saturday's qualifying than the earlier first practice session and teams struggled to find a good balance in the hour allocated.

A late red flag caused by Juncos Racing’s Rene Binder colliding with the tyre walls at Turn 16 was one of many accidents, and it created seven minutes of clean running at the end in a faux-qualifying simulation.

With the majority of the field on the quicker red compound tires, the top spot was traded by the minute, but it was Newgarden who proved quickest, deposing Ed Carpenter Racing’s impressive Spencer Pigot before then improving his own time to 1m07.4345s.

Dale Coyne Racing’s Sebastien Bourdais also benefited from the late run to the flag, going third in the final minutes after he almost hit the wall at Turn 5 earlier on.

Will Power had led the early stages of the practice session on scrubbed black compound tires and ended the day in fourth ahead of Andretti’s Alexander Rossi.

Chip Ganassi Racing’s Scott Dixon went sixth, while Andretti’s Ryan Hunter-Reay was seventh despite a wild off at Turn 3 in the final minutes. Takuma Sato, Marco Andretti and Graham Rahal rounded out the top 10.

Max Chilton continued a decent day for Carlin but finishing 11th ahead of a good showing from DCR’s Zachary Claman de Melo and Simon Pagenaud.

Pagenaud had limited running after he became one of many drivers to be caught out in the long run into Turn 5, skating across the gravel. Andretti’s Zach Veach also caused a red flag with a similar off.