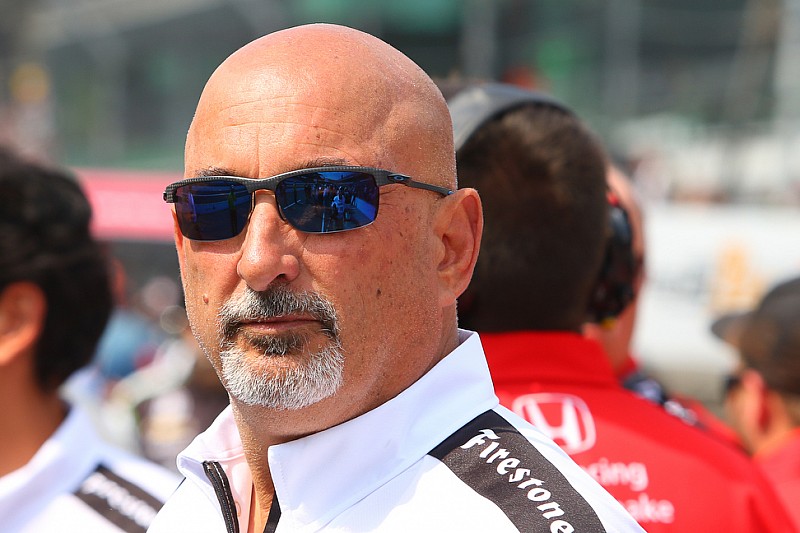 30 years ago, Canada held what has become one of the most popular stops on the IndyCar schedule. Bobby Rahal was the winner and he told David Malsher why that day, and the Honda Indy Toronto, are special.

These days, as a successful team owner, Bobby Rahal does at least look a bit like an ex-racecar driver. Some 34 years ago when he arrived in CART Indy car, he resembled no one’s idea of a man who spent his life going beyond 200mph. And Bobby’s professorial appearance did not belie the facts. When he took the green at Phoenix on his Indy car debut, he was aged 29, and already a veteran of the sport, having raced Atlantic, Formula 3, Formula 1, Can-Am, Le Mans and IMSA.

And this combination of sprints and enduros had created a fully rounded craftsman of his trade. Already, Rahal had smarts that most of his new rivals could neither emulate nor appreciate … until he passed them for the win. Twice in his rookie season with Jim Trueman’s Ohio-based Truesports team, he did just that, and those victories at Cleveland and Michigan meant he went on to finish a remarkable runner-up in the championship despite missing a race.

Six more wins would follow over the next three years, at Riverside, Phoenix, Laguna Seca, his beloved Mid-Ohio, Michigan (again) and Laguna Seca (again). It was clear that whatever type of track you put Rahal on, he was going to be a victory contender.

And then in 1986 came that famous victory in the Indianapolis 500. The restart with two laps to go saw Kevin Cogan slower at getting to the throttle than Rahal, Bobby got the jump and, ignoring his flashing low-fuel light, set a new IMS race-lap record on his final lap, the Budweiser car beating Cogan to the checkered flag by 1.4sec.

What turned a classic shootout into an even more emotional tear-fest and beer-fest was that Trueman, who had nurtured Rahal’s career, was in the final stages of his battle with cancer. He was able to stand up just long enough in Victory Lane to speak a few words and sup the milk. Eleven days later he was gone. 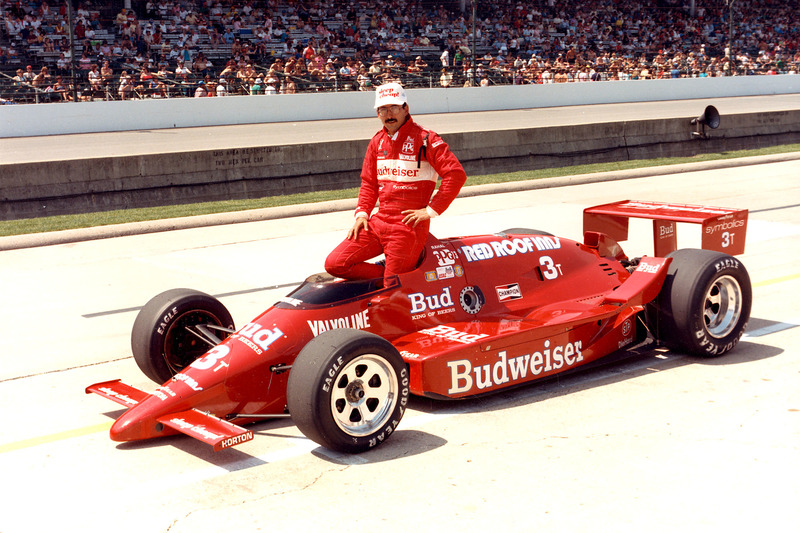 “I’m sure several people on the team were wondering what the future was and wondering about the sponsorship situation,” says Rahal 30 years later. “Jim had made it pretty clear while he was ill that nothing was going to change and Budweiser was very supportive. We had a multiyear agreement.

“But Jim had been such a big part of that in terms of him developing a good relationship with the guy at the head of Anheuser Busch beers at the time. But thankfully, Mrs. Trueman certainly seemed willing to continue and our team manager Steve Horne kept everything heading in the right direction.”

Yet after a poor start to the season, at Phoenix and Long Beach, the Indy 500 victory still didn’t exactly open the floodgates for the team’s 1986 championship quest.

“We didn’t have a good race – sixth – at Milwaukee,” says Rahal, “then a DNF at Portland, third at Meadowlands… And at Cleveland the engine seized as I was going through the real fast S-bend at the end of the lap and I spun into the barrier. We had a string of non-events. Our pace was OK but we had nothing major to show for it.”

By the time the CART teams arrived in Toronto for the inaugural Molson Indy Toronto, the eighth of 17 rounds in the 1986 PPG Indycar Series, Bobby was down in 6th in the championship with fewer than half the points of leader Michael Andretti (86 vs 42). 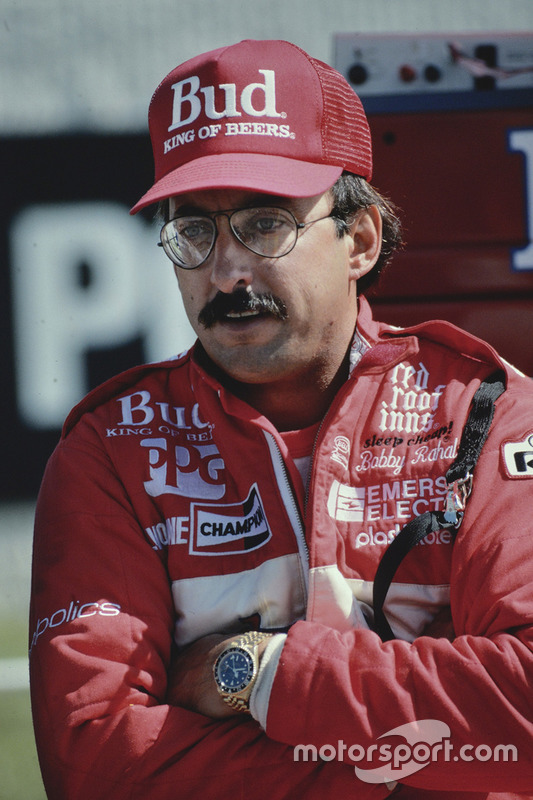 “I don’t think I recognized how good we were going to be at this new track, because frankly we hadn’t been very good at Long Beach which was a comparable track. There weren’t many street courses in those days – Long Beach and Meadowlands, and that was about it.

“But I don’t know. Maybe because it was Canada where I had spent a lot of my early years racing and it was a new track to everybody, I immediately liked the track. And you’ve got to give credit to my engineer. We all talk about how great Adrian Newey was, even then, but the guy who took over from him at Truesports, Grant Newberry, also did a fabulous job. I knew what I wanted from the car and he and I had a good rapport.

“Toronto was bumpy even 30 years ago,” Rahal continues, “and it still had all those surface changes. The layout is different now – it used to have a very fast left-hander onto the front straightaway taken in fourth gear that really separated the men from the boys. I mean, it was fast! If you could get your car working through that, it was a huge key to a good lap time.

“But almost two-thirds of the track is the same now as it was back then.”

Hitting the right setup for a new track with a very rough surface was far less of a science than it is now and at Truesports, everyone had a major role to play.

“We probably only had eight people on the team!” says Rahal. “Even Penske wasn’t very big back then, although they did have two cars. None of us had the engineering depth we do now. The engines were less sophisticated and when I think about how we tune the car today with different differentials…. I don’t think we even touched those things back when I was driving!

“Me talking to the engineer – that was the feedback. There were no data acquisition engineers, shock engineers. Shock and damper setups were pretty simplistic back then compared to today. I don’t think the team or myself had the knowledge that our team does today. But we had a good relationship with Koni and they were helpful.

“In those days, you had 40 gallons of fuel in the car, so its handling characteristics really changed over the course of a run, so you really had to decide which part of the run you were going to give up in terms of pace for the sake of the rest of it. Do you want it handling best on full, half or near-empty tanks? On new, half-used or worn tires? Handling-wise, on street courses it was always understeer on turn-in and oversteer out, so it was about how you deal with that. And Grant did a great job.” 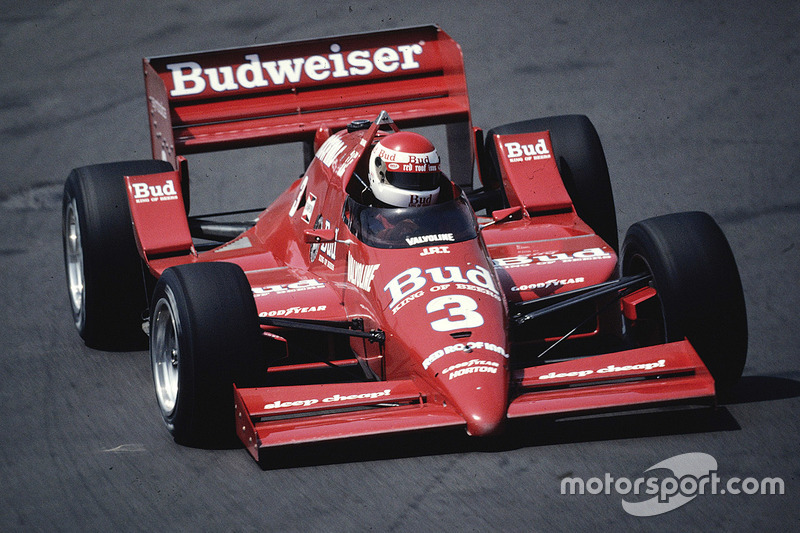 Rahal did a great job too. But the event didn’t start off entirely smoothly.

“I remember as part of the promotion, the Thursday night before the race weekend started we had a pitstop competition in downtown Toronto – and I completely blew past the pit! It was a goofy pitstop contest in a really confined area but nevertheless, screwing it up was really embarrassing! Maybe that motivated me a bit more.

"But we were competitive right from the start of the weekend and we qualified second [alongside Emerson Fittipaldi’s Pat Patrick-run March]."

From the start, Rahal hounded polesitter Fittipaldi, the two of them in a race of their own until they were black flagged – Emmo for a pit infraction, Bobby for passing the pacecar under yellow. Fittipaldi received a stop-n-go penalty but would later retire with gearbox issues. Rahal’s penalty was different and should have had a far-reaching effect but instead a sense of injustice served to fire him up.

“We were almost a lap ahead of everybody but then I had the famous stop-and-wait pitstop penalty – which no one had heard of at the time!” chuckles Rahal. “They said I had passed the pace car which I hadn’t. They kept me there until the field came around, and of course Steve’s going crazy because while I’m sitting there for a minute, waiting for the pack to come past, the engine’s starting to overheat, and I’m going crazy and starting to overheat! This penalty seemed to have been made up on the spot.

“But [CART official] Bill Luchow was standing in my way to make sure I served the penalty; he was a big guy so there was no way I could just run him over…

“The upshot was that instead of being in front by almost a lap, I was only back on the lead lap and buried. But yeah we climbed back from that, and ended up winning the race.”

Rahal’s drive was particularly admirable because he was flawless, having channeled his outrage into a stirring and memorable drive. Instead it was his chief rivals who made mistakes. On the very lap he took the lead, Michael Andretti was caught out by Johnny Rutherford meandering in the middle of the track and backing off early, bounced off him and a wall and into retirement. Al Unser Jr removed his right-front wing on the back of Geoff Brabham’s car. And then Danny Sullivan appeared to crack under pressure and miss a downshift as Rahal lined him up for Turn 3 with 12 laps to go. 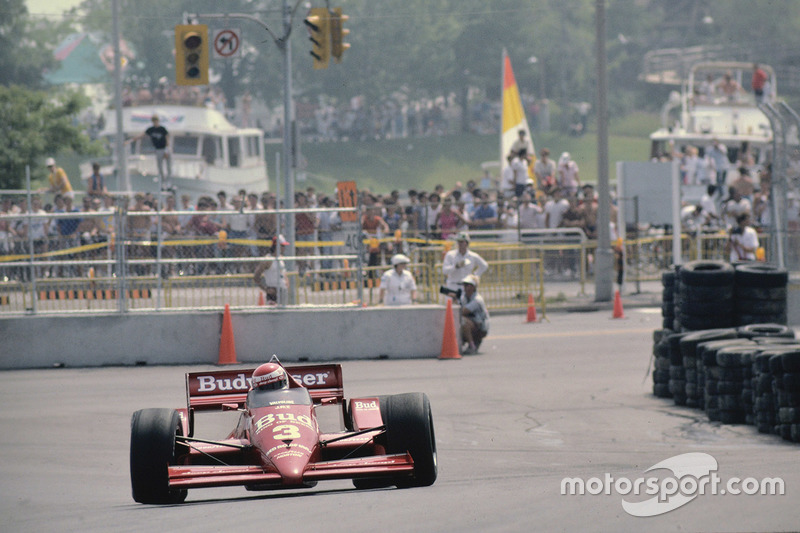 The team’s first post-Trueman victory was an emotional affair and it sparked a revolution in the championship standings that year.

“For everybody that win kind of – I don’t want to say ‘took the pressure off” – but everyone felt that the thing that had been hanging over us since Jim’s death and the disappointment that had surrounded us since the previous races… that just evaporated. We were in the thick of it.

“Like many years, we didn’t do that well in the first part of the season leading up to Indy but then came on strong at the end. Toronto set up the second half of the season for us and we won four more races and the championship.”

The satisfaction provided by winning that inaugural Toronto race is part of the reason Rahal still loves the place. More important, he feels, is that by going there, the Verizon IndyCar Series is taking its show to fans with a genuine interest in Indy cars. 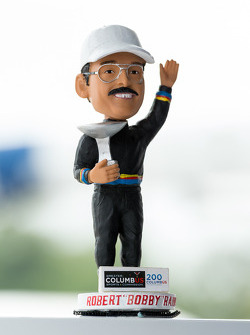 “I think everyone who raced there loved it because we always felt that in Canada they really got open-wheel racing. There had always been talks about races in Toronto because it’s such a great city but they never came through so everyone felt good when it happened. I’d spent so much time racing up there in Atlantic, Can-Am and even F1, people knew me so I got a good reception.

“There’s no doubt that Molson made a huge commitment to that race over the years and that’s what has built the Toronto race into the heritage of the sport. Molson hasn’t been involved recently, but [the race] still has momentum; people come out and see it.”

And rightly so. With its 30-year heritage, Toronto has become one of the classic venues on the IndyCar schedule. And while the man Rahal beat to the crown in ’86, ’87 and ’92 – Michael Andretti – would go on to make the city his personal fiefdom, with seven wins there, Bobby will always be remembered as the man who conquered Toronto first.

Opinion: Newgarden is asserting himself as IndyCar's next superstar

The past winners of the Toronto Indy