Bourdais: “I don’t think Danica will struggle at Indy” 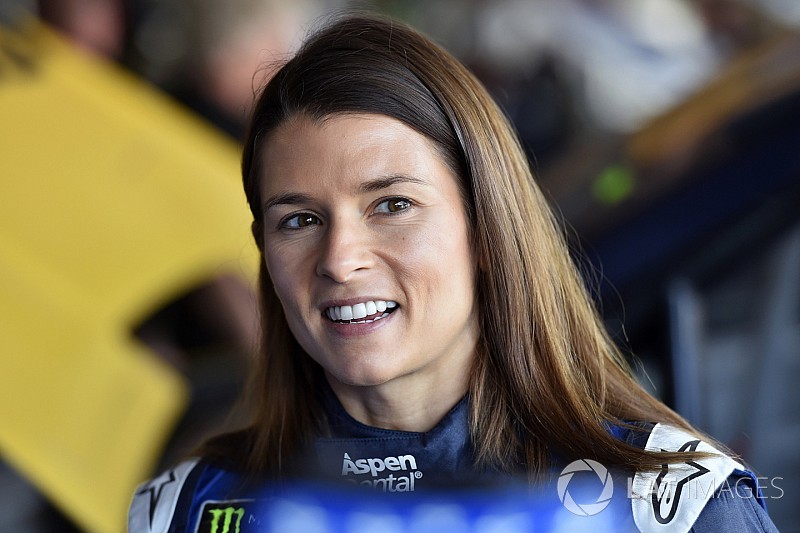 Four-time Indy car champion Sebastien Bourdais believes Danica Patrick will readjust to the demands of the Indy 500, not only because of the nature of the new cars but also because her roots are in open-wheel racing.

Now Bourdais, who won the last four championships in the Champ Car series, says that despite Patrick not racing in IndyCar since the 2011 series finale, she can make a strong return in her swansong.

“I don’t think she’ll struggle,” he told reporters at the Rolex 24 Hours of Daytona. “She’s from that background, and a NASCAR is probably harder to drive than an IndyCar in that respect, especially when you’ve already figured out an IndyCar in the past.

“A NASCAR car has got very little downforce, it’s very heavy, and it’s not very forgiving. Once you’ve turned into a corner and it’s too much, it seems pretty tricky to salvage the thing. So I think you see more spins in NASCAR and mistakes because the cars don’t allow you to goof around too much and when you get it wrong, you hit something. But things tend to happen at a slow speed so it’s a completely different exercise.”

Re-adjustment depends on quality of car

Regarding the new universal aerokits on speedways, Bourdais said the new limitations on modifications to the cars could cause the field to be very close in pace.

“Seems like superspeedways are pretty straightforward and it’s all going to be a game of interactions, how the car behaves in traffic and all of that,” he said. “Obviously the fact that the car is much more simple – you can’t trim as much, you don’t have anywhere near as many options – means everyone is going to get to the bottom of things pretty quick.

“It might be pretty interesting in qualifying where a lot of people are extremely close to each other [in terms of pace]. And it could be that way in the race. But we’re all speculating because we haven’t had anywhere near 30 cars on track at the same time.”

Asked if that made things easier for a one-off driver such as Patrick, he said: “It helps if you’re in a good car. There’s still going to be mechanically good cars and mechanically bad cars, cars that make grip and cars that don’t make grip. That’s what really separates the good and the bad cars – when you throw them in traffic. All of a sudden you lose downforce, all you rely on really is how you work the tires and how the thing is handling.

“The acclimation time is always a question of what car you’re jumping in. If the car’s really good then things are easy. If the car is a handful and you’re really struggling to feel it and it’s a moving target and you think you know what you’ve got and then it’s super-inconsistent, then everything becomes much harder.

“I’ve been jumping from one car to another pretty much my whole career and that really helps… Really keeps you in the game, sharper and faster to readjust… respond to different conditions faster.

Danica is “great for the sport”

Bourdais went on to pay tribute to Patrick, with whom he shared the track just nine times, back in her final IndyCar season.

“Obviously she’s great for the sport,” he said. “There’s no denying the fact that she dragged a whole lot of attention to IndyCar racing and when she went away it was not such a great thing for us. And NASCAR capitalized on it – she was on pole here and they made a big, big deal out of it. “And she deserved it – the first female obviously to get a legit shot at being competitive. I’m sure she wished for more but she still did some pretty cool things and it’s just a tough field – even good guys in good cars don’t have the success they hope for.

“I think a lot of people are extremely hard [on her], you read all these comments and everything, but shit, she still carried the flag for quite a while and I don’t see anyone else knocking on that door any time soon.

“So I think it’s pretty cool that she’s managed to do that and it seems like she’s decided to take her challenges somewhere else. I don’t know what she’s got in store but I hope she has fun doing those last two big events and that she does well.”

Coyne: “We’ll have to run two drivers” in second IndyCar