Bourdais: IndyCar aerokit not to blame for 'difficult' oval racing 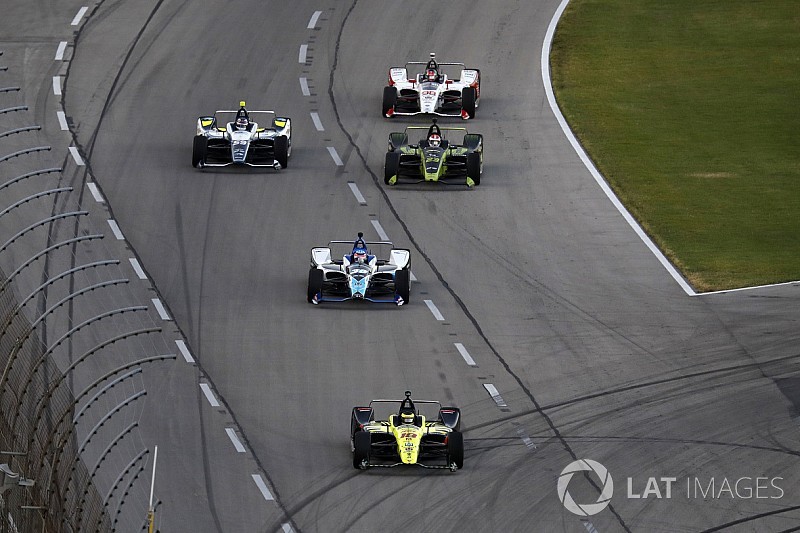 Dale Coyne Racing’s Sebastien Bourdais says that IndyCar’s 2018 universal aerokit is not to blame for the “over the top difficult” racing on ovals this season.

While IndyCar enjoyed better racing at the usually dull Phoenix oval, the Indianapolis 500 did not provide as much nose-to-tail running as previous years.

IndyCar chose not to alter downforce levels in the build-up to the race, which featured several crashes from drivers caught out by the new car’s more unpredictable behavior.

Bourdais had called last year’s Texas race “bullshit” due to the cars running in packs, while this year’s race saw the action more spread out. Bourdais told Motorsport.com that blaming the new car is too simplistic.

“So far we’ve not found the right amount of downforce to put on a good show,” he said. “Unfortunately it’s nothing to do with the aerokit, people think it is ‘aerokit this and aerokit that’.

“It’s because we decided to run significantly less downforce than the last two or three years and ultimately that is what is hurting the proximity of the cars.

“Depending on what you are looking for in racing, you can argue that it’s harder - so they like that better - and some say they like it when it’s closer together.

“I can understand both perspectives and in the meantime, I think there is a fine balance to get and right now we just haven’t had it.

“They’ve trimmed the cars far enough down the road that it is now over the top difficult. I think the cars are now too stretched out and it’s tough to get close to make moves.”

Bourdais says that IndyCar has been conservative in reacting to oval racing concerns, but that its approach is justifiable.

“I think it’s alright [the racing on ovals], but it’s one of those where they [IndyCar] almost need to miss [the set-up] on one end of the other and refine and find what they are looking for.

“At Texas, for example, you are talking 100-200lbs of downforce and you have the baseline. Anything over that is pack racing, and anything below is a boring race and it’s not like we don’t have ways to put downforce on, they just haven’t allowed us yet.

“It’s fixable, but in the meantime, I can see why they [IndyCar] are tentative as they want to stay away from what happened at Texas last year and could they have predicted the 100 degrees heat at Indianapolis?

“Probably not. Should they have backed against the wall, with no way in the regulations, to put more downforce on and compensate for conditions? Probably not.

“It’s all about judgments and miscalculations and not wanting to take risks and [not] getting us too close which is sensible, but they need to be careful not to hurt the show.

“The car needs a bit more downforce and needs to be more dialed in. I’m not worried about achieving it, it takes time to get there.”