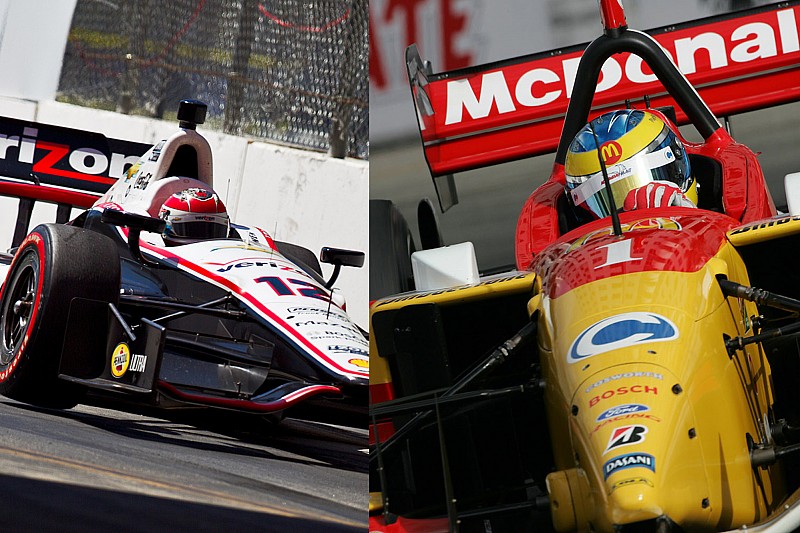 NTT IndyCar Series aces Sebastien Bourdais and Will Power today become the first active racers to be inducted into the Long Beach Motorsports Walk of Fame.

Bourdais, who now drives for Dale Coyne Racing with Vasser-Sullivan, won three straight Grands Prix of Long Beach, from 2005 to ’07, driving a Newman/Haas Lanigan Racing Champ Car, and started from pole there in ’06 and ’07.

The four-time Champ Car title-winner has also scored two other podium finishes there, including runner-up position just two years ago.

The last-ever Champ Car race was held at Long Beach in 2008, and was won by Power in the KV Racing entry – a team co-owned by the Acura GP of Long Beach co-owner, Kevin Kalkhoven.

The following year Power scored his first pole at Long Beach for Team Penske, and in 2012 scored one of his finest street course triumphs when he had to come from 12th on the grid following an engine-change penalty.

He has taken four other podium finishes at the classic 1.968-mile venue – including last year behind winner Alexander Rossi – and has a total of three poles there.

Long Beach mayor Robert Garcia, who will present the medallions to the honorees, said: "Sebastien Bourdais and Will Power have truly earned their place on the Motorsports Walk of Fame. It is a privilege to welcome them back to Long Beach and honor them for all of their outstanding achievements in the racing world."

The ceremony, which is free to the public, will be held today, Thursday, April 11, at 11am, on South Pine Avenue in front of the Convention Center, the day before IndyCars hit the track in practice for the 45th Acura Grand Prix of Long Beach.

Jim Michaelian, president and CEO of the Grand Prix Association of Long Beach, stated: “This is the first time we’ve inducted active IndyCar drivers into the Walk of Fame, but I can’t think of two more deserving drivers. They have performed at a high level here for many years and we look forward to even more success in the future.”

“So I was really proud to win it in ’08, not just because it was the last ever Champ Car race – although that is also an interesting bit of history when the [IRL and Champ Car] were merging back together – but also because it’s Indy car racing’s second most famous event after the 500.

“That’s the thing, isn’t it? The Grand Prix of Long Beach is not just a race – it’s an event. Parents bring their kids because they’ve grown up with it in the neighborhood, it’s become part of their lives every April. The organizers make a big, big deal out of it, and so does the city.

“And man, the track just gets harder and harder to really excel at because it’s a short lap, just 66 or 67 seconds, and IndyCar is so full of talent – drivers and teams and engineers – that every couple of hundredths can make a difference. Finding new gains is tough. But that’s part of the challenge, and it’s why I’m extra-proud to have won races and taken poles here.”

Bourdais admitted to Motorsport.com that it took a while for him to learn to love the Long Beach track, saying it was “one of the toughest tracks to get used to,” in his early years of U.S. open-wheel racing.

“I was just not comfortable there, not in my rookie season (2003) and not in practice and qualifying in ’04, when Bruno [Junqueira, Newman/Haas teammate] kicked my butt,” he recalls. “I remember not feeling competitive, not finding what I wanted. I just didn’t get it.

“But something happened during that race in ’04, something clicked, and I finished right on Bruno’s butt and got a podium. Suddenly I had this feeling that you need to have for everything to just come flowing, and I tried to reproduce it the next year. And I did that and I got my first win there.

“And I still get that feeling at Long Beach, so it’s been pretty consistent that I’ve been a factor there, and I go there each year feeling pretty good about our chances.

“I certainly hope to put in a really strong showing, because it was always an important race for the HPD group, being based up the road [in Santa Clarita], but now they’re title sponsor with the Acura brand, it’s going to be an even bigger deal. I certainly would love to be their first winner as title sponsor for the event.” 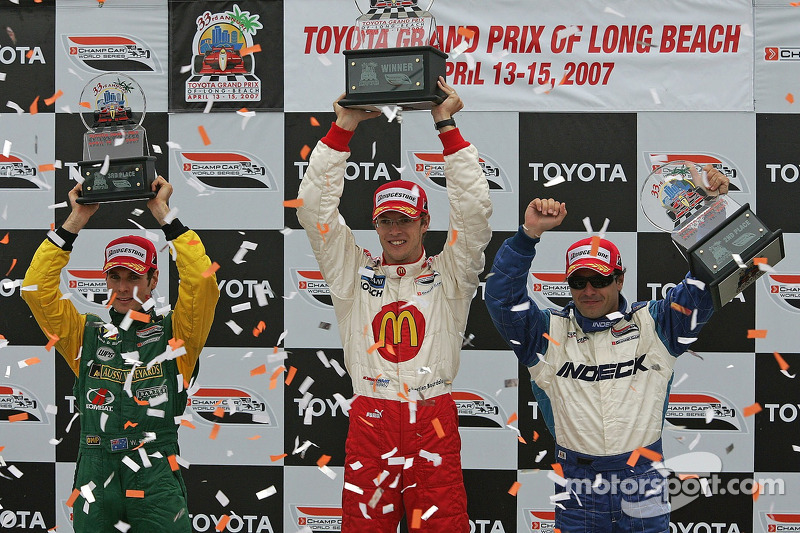