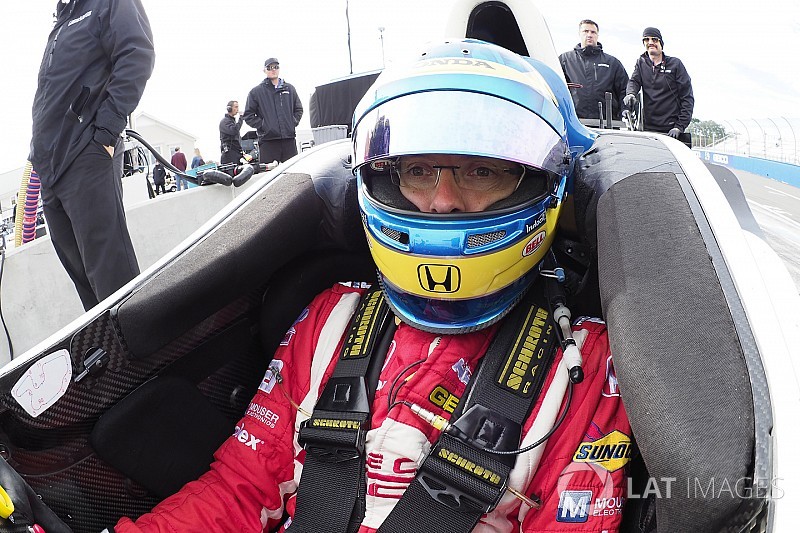 IndyCar racer and ex-Formula 1 driver Sebastien Bourdais has hit back at claims by Haas team boss Gunther Steiner that there are no American drivers ready to compete in Formula 1 at the moment.

American team Haas joined the F1 grid in 2016, but so far the only driver from its home country to try its F1 machinery has been teenager Santino Ferrucci in four test days.

Steiner told Motorsport.com recently that finding an American F1 driver was “not on top of our list”, adding “at the moment there is nobody ready for F1 in the United States in my opinion.”

Bourdais, a four-time Champ Car title winner who made 27 F1 starts for Toro Rosso before being dropped during the 2009 season, said it was understandable that American drivers were upset by those claims.

“Clearly, there is just no consideration,” Bourdais told IndyCar.com website. “They [F1] are in their little bubble on their own island. Either you play their game and are rated on their game or you are just not rated at all.

“I completely understand that the American drivers take it personal because it’s not fair, but since when is F1 fair? It’s never been fair. You can’t deny that the pinnacle of open-wheel racing is F1, and you can’t blame anyone for wanting a chance and wanting to try.”

Bourdais acknowledged that the disappointing F1 careers of US-racing champions such as himself and Alex Zanardi didn’t help the perception of drivers from American series.

“It took me four championships in the US and the Formula 3000 championship to finally get an opportunity,” he said. “And obviously, I didn’t really help the Americans, because I failed!

“You see the way people can perceive IndyCar drivers, and [Alex] Zanardi was before me [scoring 0 points with Williams in 1999 after back-to-back CART titles] and stuff like that – it didn’t turn into a fairytale.”

Fernando Alonso’s decision to skip the Monaco Grand Prix to contest the Indianapolis 500 last year shone a brighter spotlight on IndyCar, but Rahal Letterman Lanigan Racing’s Graham Rahal believes the amount of preparation the Spaniard had made it inevitable that he would be a frontrunner.

“Everybody in Formula 1 repeatedly says Fernando Alonso is the best, you hear that a lot,” said Rahal. “Name me one rookie that ever got a full day of testing by themselves to run around the Speedway. Never happens.

“Fernando, he’s awesome. I love the guy. His approach is all racer, and we need more of those guys in this world. But bring him to Belle Isle and give him no testing, like the rest of us – different story.”

Frye: No guarantees over 2018 IndyCar aeroscreen